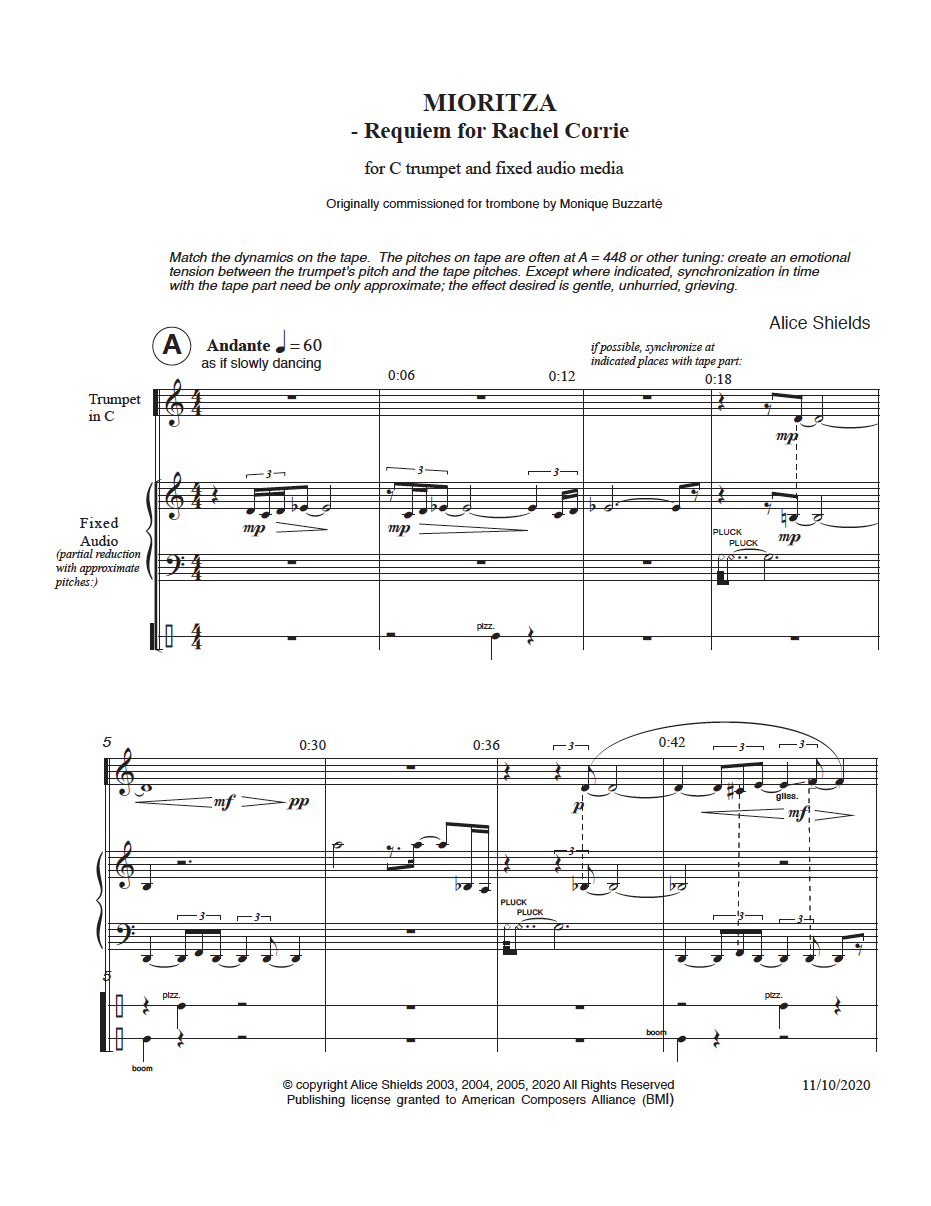 I created "Mioritza" in memory of Rachel Corrie, the 23-year-old American peace activist who on 16 March 2003 was killed by an Israeli forces bulldozer while attempting to defend a Palestinian pharmacist’s home from demolition. Many innocent Israelis and innocent Palestinians have been killed during the Israeli occupation; this young American had come there to help in peace-making and defending the innocent. In 2004 trombonist Monique Buzzarté asked me to create a piece for her for trombone and electronic music, so I wrote it in Rachel’s honor. I've just created this new version for trumpet.

I took the title "Mioritza" from a weirdly beautiful traditional Romanian poem of that name, which means something like "the clairvoyant lamb." The piece begins in a slow sarabande rhythm in a beat of three, with the emphasis on the second beat. Towards the middle of the piece the trumpet player sings into their instrument along with a recorded voice a fragment of an Indian melody in Sanskrit: "Vittala, vittala, vittala, vittala: Deva vittala, Deva vittala..." meaning "glory to God." My composition for trumpet and fixed audio, and the separate poem I wrote to her memory which is printed in the score and can be shared with the audience if desired, are my reactions to Rachel's martyrdom in the cause of peace.

CD player, simple mixer, and stereo loudspeakers with sufficient power to fill the hall with sound. The loudspeakers should be placed on the floor on each side of the performer, as far away from each other as possible. There must be absolute separation in the tape part between stereo tracks A and B on the loudspeakers, with no bleed-through on the opposite track. Track A should be heard from the audience's left; track B should be heard from the audience's right. Performance space or stage with acoustics appropriate for solo classical trumpet. Music stand.