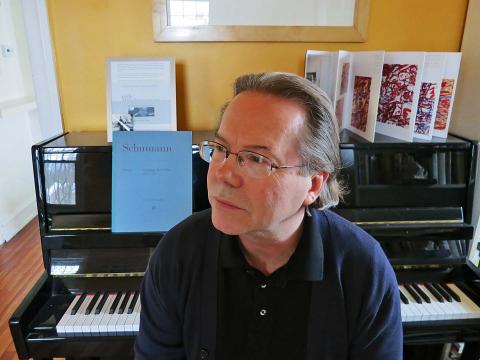 Christopher Shultis is Distinguished Professor Emeritus at the University of New Mexico where he taught percussion, composition and musicology. He also served as Regents’ Professor of Music and in 2010 gave the 55th Annual Research Lecture: “the highest award UNM bestows upon its faculty members.” He was awarded two Fulbrights to Germany: the first at the Rheinisch-Westfälische Technische Hochschule Aachen (1993-94) and the second at the Universität Heidelberg (1999-2000). Shultis now divides his time between composition and writing and his scholarly work on John Cage is internationally recognized. His work as a creative artist and scholar frequently draws on his past as an orchestral and solo percussionist and conductor of the University of New Mexico Percussion Ensemble, working closely with many composers including Lou Harrison, Konrad Boehmer, John Cage, Michael Colgrass, James Tenney and Christian Wolff—the latter two writing music dedicated to the ensemble.

As a composer, Shultis originally wrote experimentally conceptual pieces often performed by himself, (and recently released as a book by ACA), with a shift to fully-notated work in the mid-1990s.  All of his music is presently available through the American Composers Alliance and he has been a member since 2010. He still regards himself as an experimental composer and his inspiration now comes from long walks in mountains and woods. A CD of his music, Devisadero: Music from the New Mexico Wilderness, is available through Navona recordings.