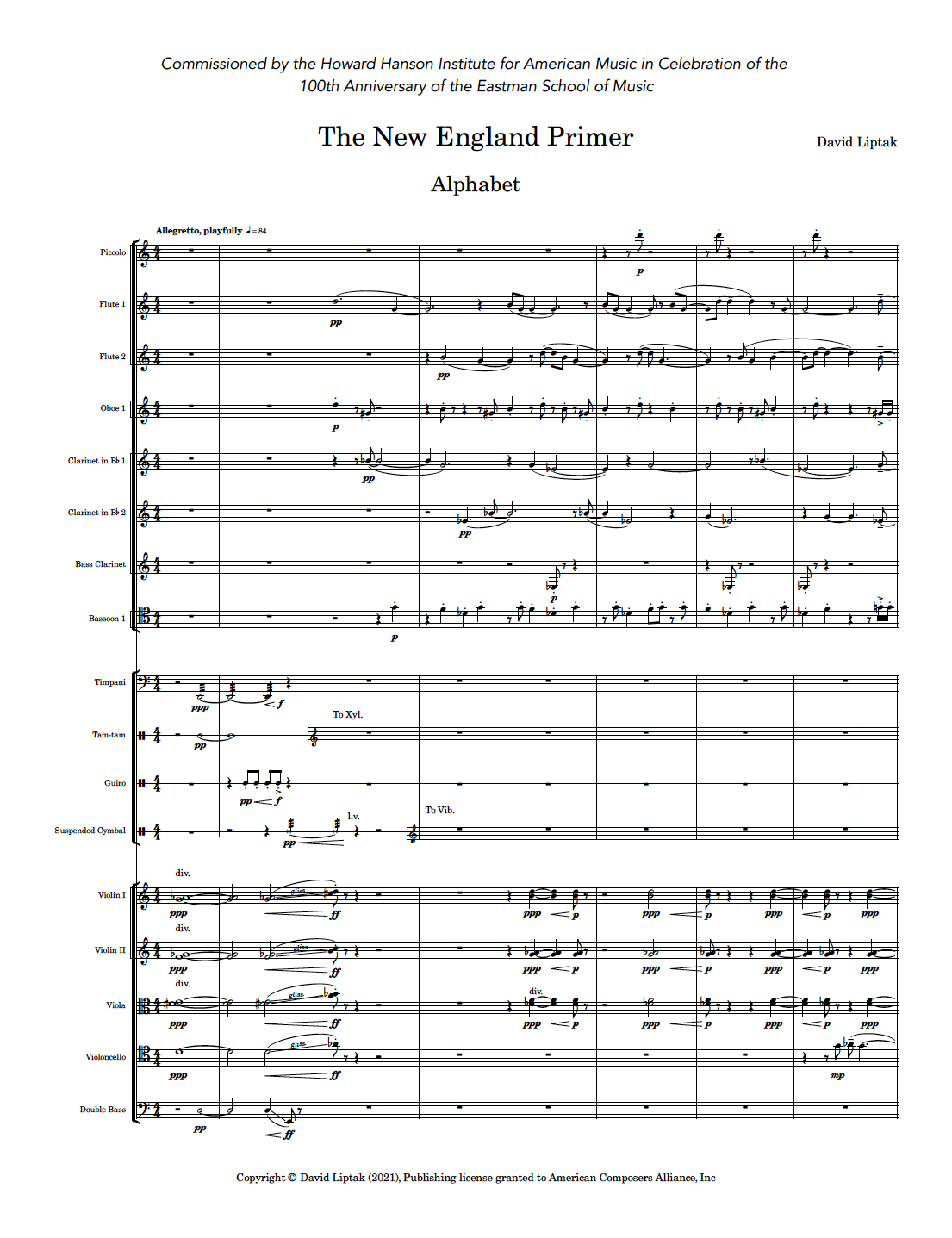 The New England Primer is a set of five orchestral songs for soprano and baritone. It was composed on commission from the Eastman School of Music to celebrate the 100th anniversary of the founding of the school. Written specifically for the voices of soprano Tony Arnold and baritone William Sharp, the text is taken from the 1727 and 1777 editions of The New England Primer. This textbook first appeared in the 1680's and remained the basic American school book for learning letters and reading over the following 150 years. The music in the setting of "Verses" beginning with the text "I in the burying place" and at the begnning of "John Rogers' Exhortation to his Children" is derived from The Power of Musick by colonial American composer Supply Belcher, published in 1794 as part of The Harmony of Maine. It is more than likely that this composer learned how to read and spell using The New England Primer.

The dedication on the score reads:

The New England Primer was Commissioned by the Howard Hanson Institute for American Music in Celebration of the 100th Anniversary of the Eastman School of Music.