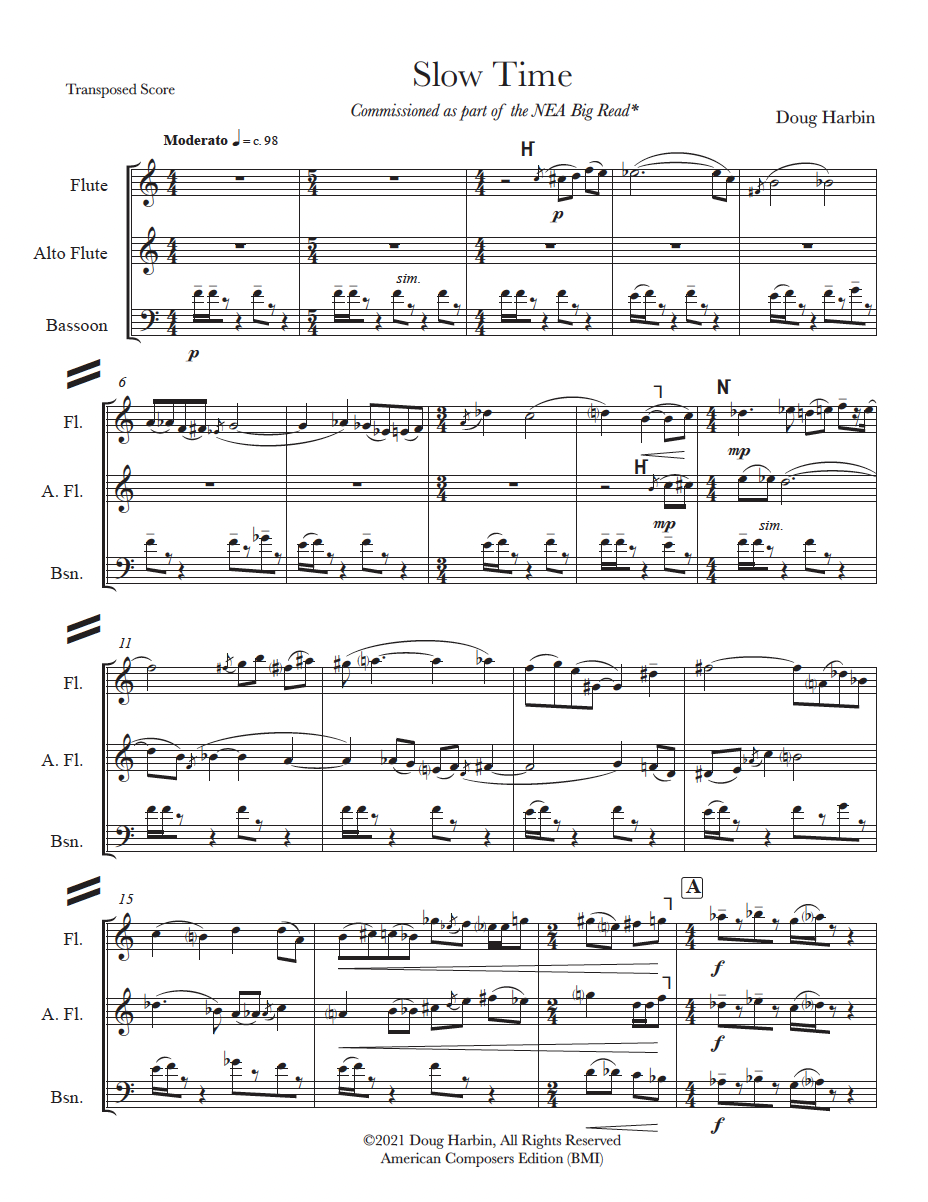 Denise Lajimodiere’s Slow Time describes the relatively mundane happenings of an unnamed woman through the eyes of a narrator. The woman often thinks of the past as she carries out her daily routines and the reader is faced with questions regarding the futility and seemingly aimlessness of the woman's actions.

The form of Lajimodiere’s Slow Time is a sestina--a complex form comprised of six stanzas of six lines each, followed by a three-line envoy. The final words of each line in the stanza are repeated and “shuffled” within each stanza (though following a strict pattern). However, it is entirely possible for the reader to completely overlook this intricate structure and just simply follow the narrator’s narrative of the woman’s life.

Likewise, in the composition, while there are rigorous complexities in the formal, melodic, and harmonic materials, these become secondary as the overall sound aims to evoke the scene depicted within the poem. Throughout the entire work is a persistent repeated two-note figure that could represent the ticking of a clock or the shuffling of a well-worn deck of cards.