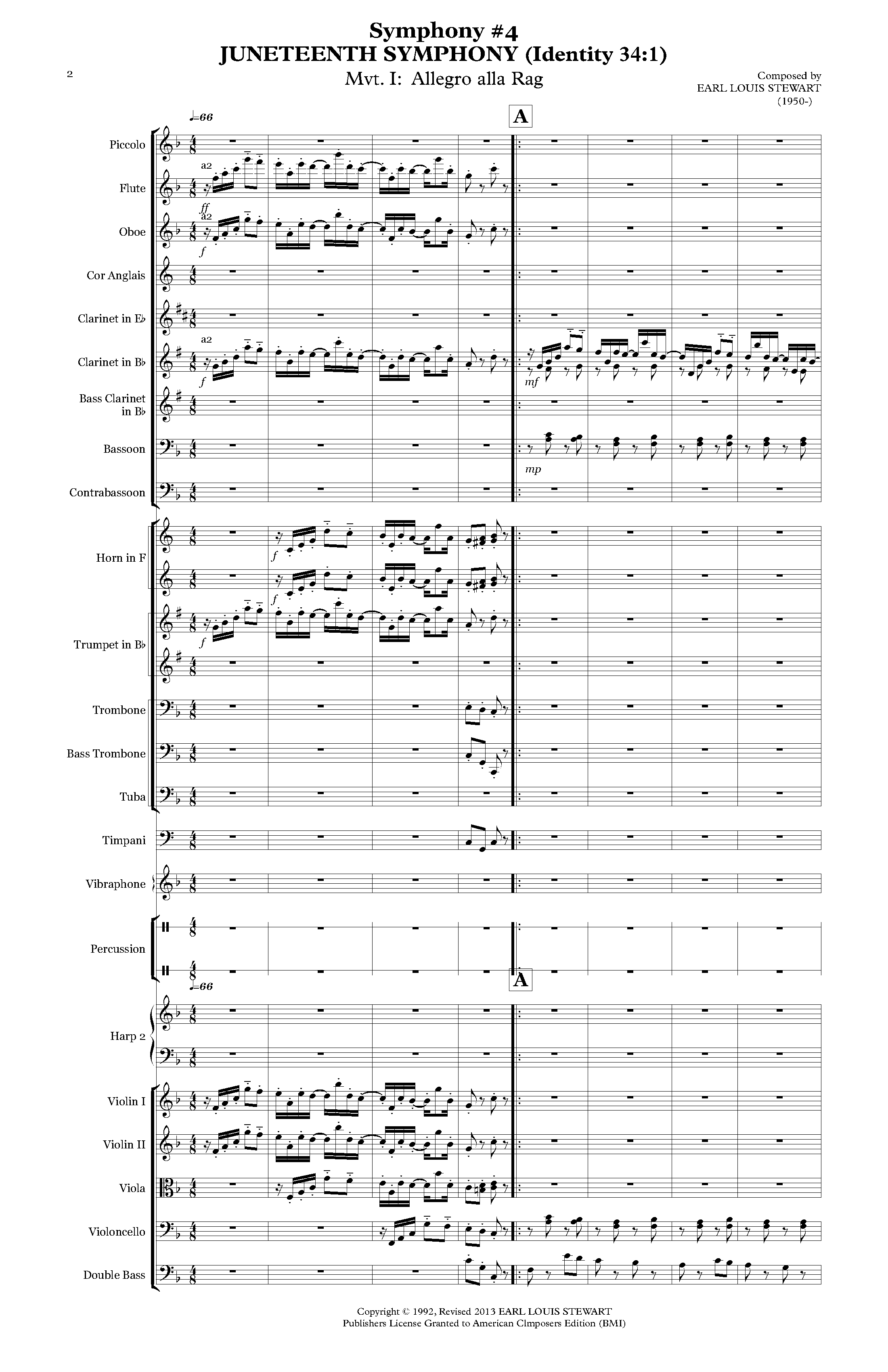 Though the Emancipation Proclamation was issued by President Abraham Lincoln on September 22, 1862, and became effective January 1, 1863, it was not until June 19, 1865, two and a half years later, that the people of Texas, including 250,000 slaves, were informed that slavery had been abolished.  This day became known as Juneteenth and is celebrated not only in Texas, but also in some form from Washington State to New York, from Illinois to Texas.

Earl Louis Stewart, having traveled from Louisiana to Texas to complete his education in composition, became aware of and participated in this (now) state holiday and from his awareness came the Juneteenth Symphony (Identity 34:1).