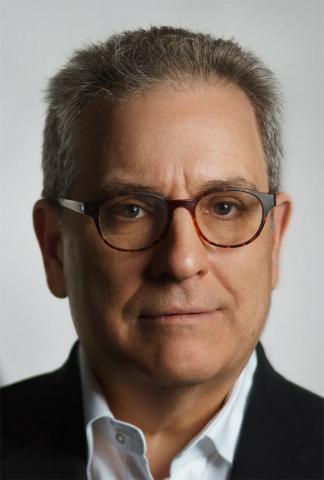 Dr. Edward Smaldone (b.1956) is Professor of Music and Associate Director at the Aaron Copland School of Music, Queens College, City University of New York. He was the Director of the School of Music from 2002 – 2016. His composition teachers include George Perle, Ralph Shapey, Henry Weinberg and Hugo Weisgall. Smaldone is the recipient of awards such as the Goddard Lieberson Fellowship from the American Academy of Arts and Letters, as well as grants and awards from ASCAP, The MacDowell Colony, Yaddo Corporation, the Charles Ives Center for the Arts, the Percussive Arts Society and the American Music Center. In 2016 he was named “Composer of the Year” by the Classical Recording Foundation at a ceremony at National Sawdust in Williamsburg, Brooklyn and in 2017 he was named a “Distinguished Alumnus” of the CUNY Graduate Center.

Smaldone's music has been performed by the Munich Radio Orchestra, the Denver Chamber Orchestra, The Memphis Symphony, the Queens Symphony Orchestra, Oratorio Sinfonica Japan, Oberlin New Music Ensemble, the League/ISCM Chamber Players, the Peabody Camerata, the EOS Orchestra of Beijing, China, the Chicago Composers Orchestra, The New York Virtuoso Singers, the Brno Philharmonic, the Stony Brook “Premieres!” Ensemble, Royal Danish Academy of Music Winds and many other soloists and ensembles in the United States, Canada, China and Europe. An active composer for the dance, Smaldone arranged music by and attributed to Pergolesi which has been performed worldwide by Mikhail Baryshnikov's White Oak Dance Project . Other collaborations have been with the Hartford Ballet and the dancer-choreographer Yin Mei. His music is recorded on the CRI, New World, Capstone, Ablaze, New Focus, Sera and Naxos labels.

A new clarinet concerto (Murmurations) was performed in Copenhagen in June 2021, by Søren-Filip Hansen and Den kongelige Livgarde Musikkorps, the wind and brass orchestra of the Queen of Denmark.

His music appears on more than a dozen CDs, including three, released in 2020, reviews in Fanfare Magazine said, in part, “Smaldone has a gift for connecting one phrase with another, even one note with another, so that you get wrapped up in the music.”