Suite for Violin and Piano 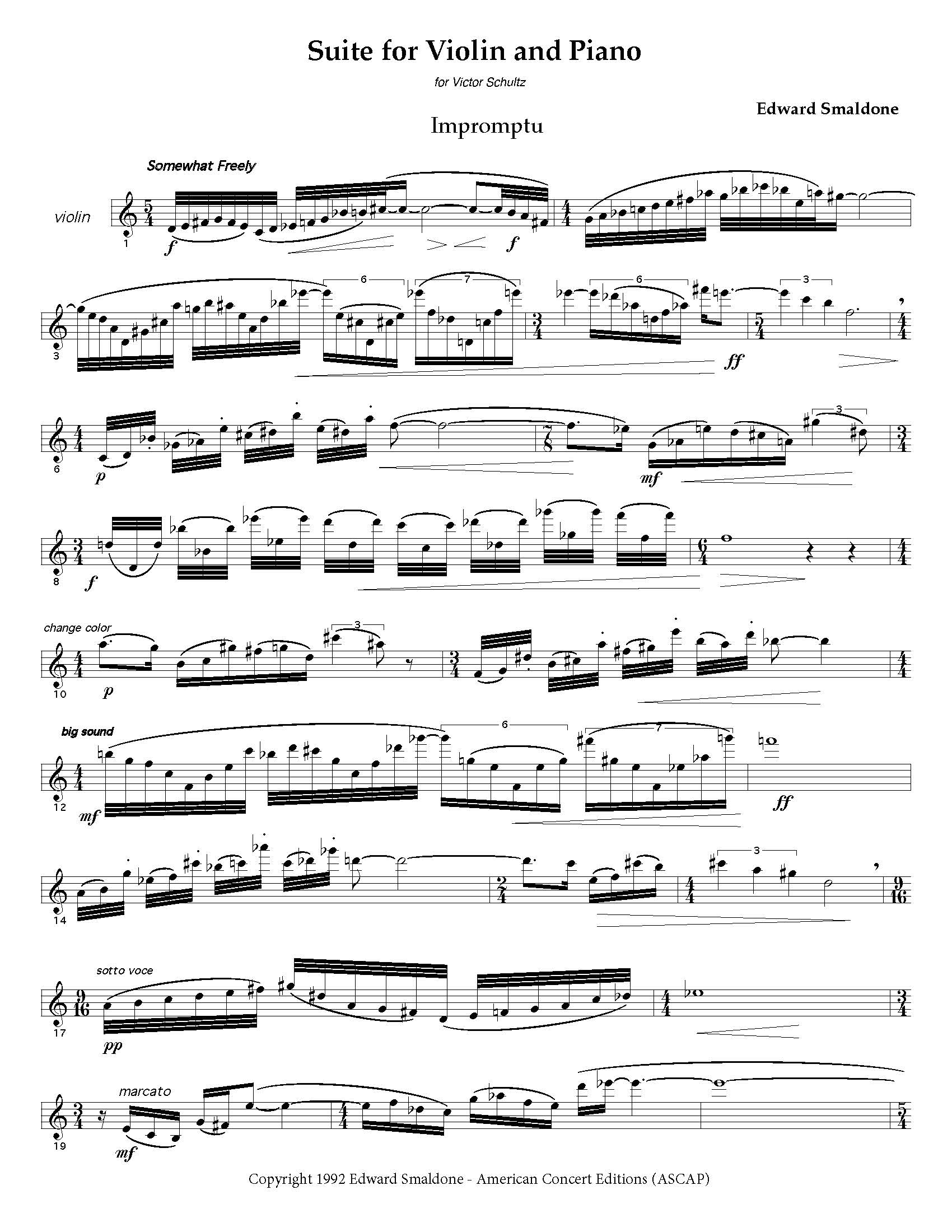 Suite for Violin and Piano

Suite for Violin and Piano (1992) was composed for Canadian violinist Victor Schultz and later revised in 2002. This is a work of tremendous demand on the violin soloist from its opening measures, a cadenza for the solo violin, to its rollicking and jazz influenced closing movement. The three movements create a musical world of nicely balanced improvisatory surface motion, held together by a tightly controlled and goal oriented sense of harmony and structure. The first movement is in a so-called ‘arch’ form or a palindrome. The virtuosic and expressive cadenza opens the movement followed a section of piano and violin duo that is controlled and a little withheld emotionally. The central section of this movement is more lyrical, freer and with a more overt but still somewhat muted expression. This is followed by a re-visitation of the second section for piano and violin and the movement closes with a recasting of the cadenza materials.

The attacca second movement is marked Invocation and is an intense and expressive slow movement in a tightly controlled motion over the violin’s middle to low to high register. Cast in a freely moving expressive arc, the musical materials are expressed in a seemingly improvisatory and urgently expressive surface. The final movement, marked Stephane’s Dance, is a fun and dazzling showpiece for the duo. Set in a bold and confident fast frame, this rambunctious music evokes the spirit of Stephane Grappelli, the famous jazz violinist, who is referenced in the title. The work thus moves from the reflective inward plaintiveness to more emotionally driven intense expression to a final burst of jazz influenced dance-like drive.