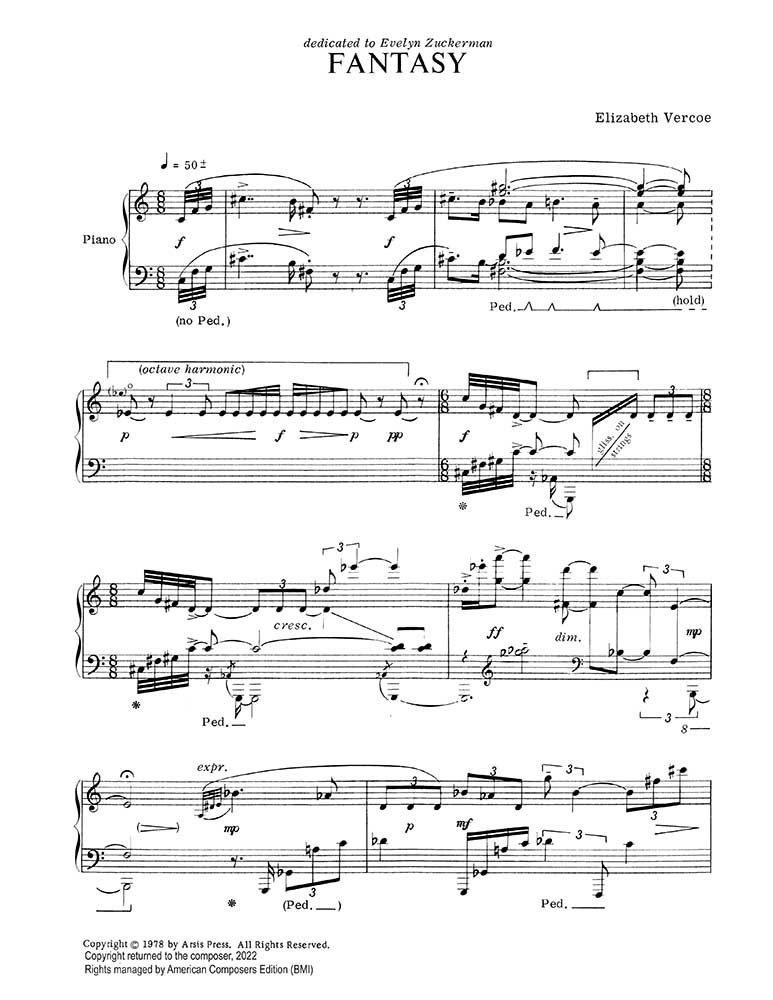 The Fantasy is a dramatic, free-flowing piece for piano in six contrasting sections, written in the fall of 1975 and originally published by Arsis Press in 1978.

Fanfare describes the piece as full of "sounds of alarm and resignation, traditional and 'old-fashioned' modern timbral effects, rhythmic propulsion, arpeggios and trills, silence and some contrapuntal snippets." The reviewer continues by saying: "The music offers many rewards for serious listeners: the dramatic interplay is quite involving."

In 1976 pianist Evelyn Zuckerman premiered the Fantasy at New England Conservatory where she was a faculty member.  The piece has also been performed at the St. Petersburg Spring Music Festival in Russia, the Society of Composers festival in San Diego, Austin Peay State University, the Athena Festival in Kentucky, and broadcast on French Radio.  Rosemary Platt has recorded the piece on Capstone and Navona CDs.