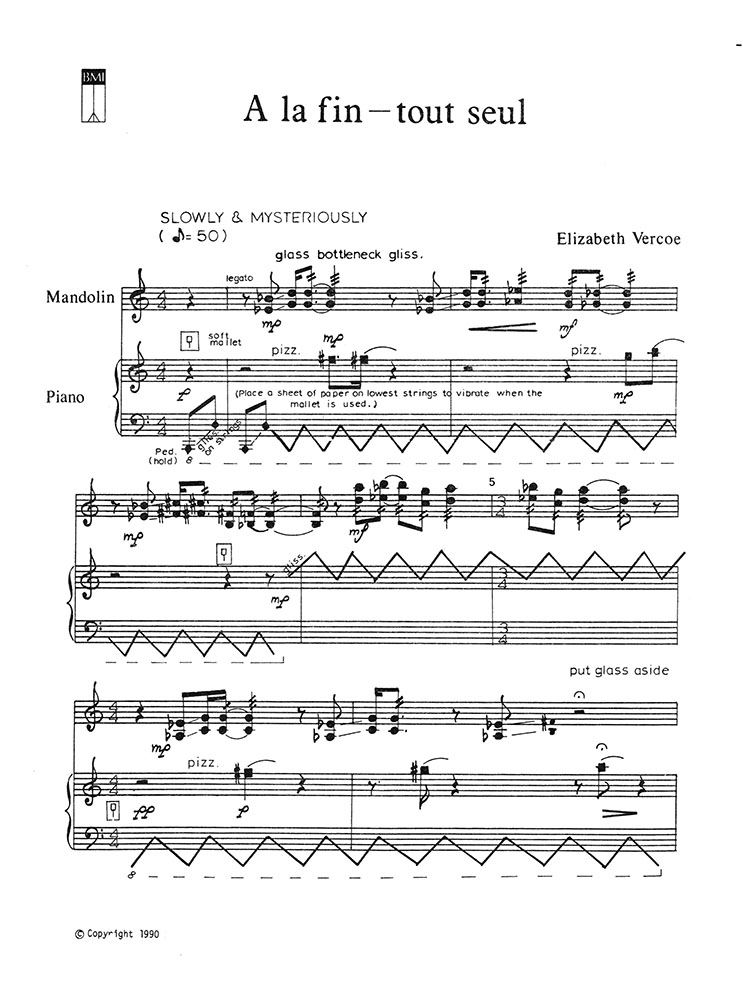 Described as a miniature tone poem, A la fin-tout seul ("in the end---all alone") was written in 1985 for premiere by Neil Gladd on the Women's Music Festival at Boston University. Versatile in being either for solo mandolin or for mandolin with piano, the music is at times rhapsodic, occasionally virtuosic, and at other times quietly pensive.

The piece has been performed at the Svenska Mandolinfestivalen in Sweden, Concerts on Capitol Hill, University of Virginia, Weil Recital Hall (at Carnegie Hall) in New York, and in Paris.