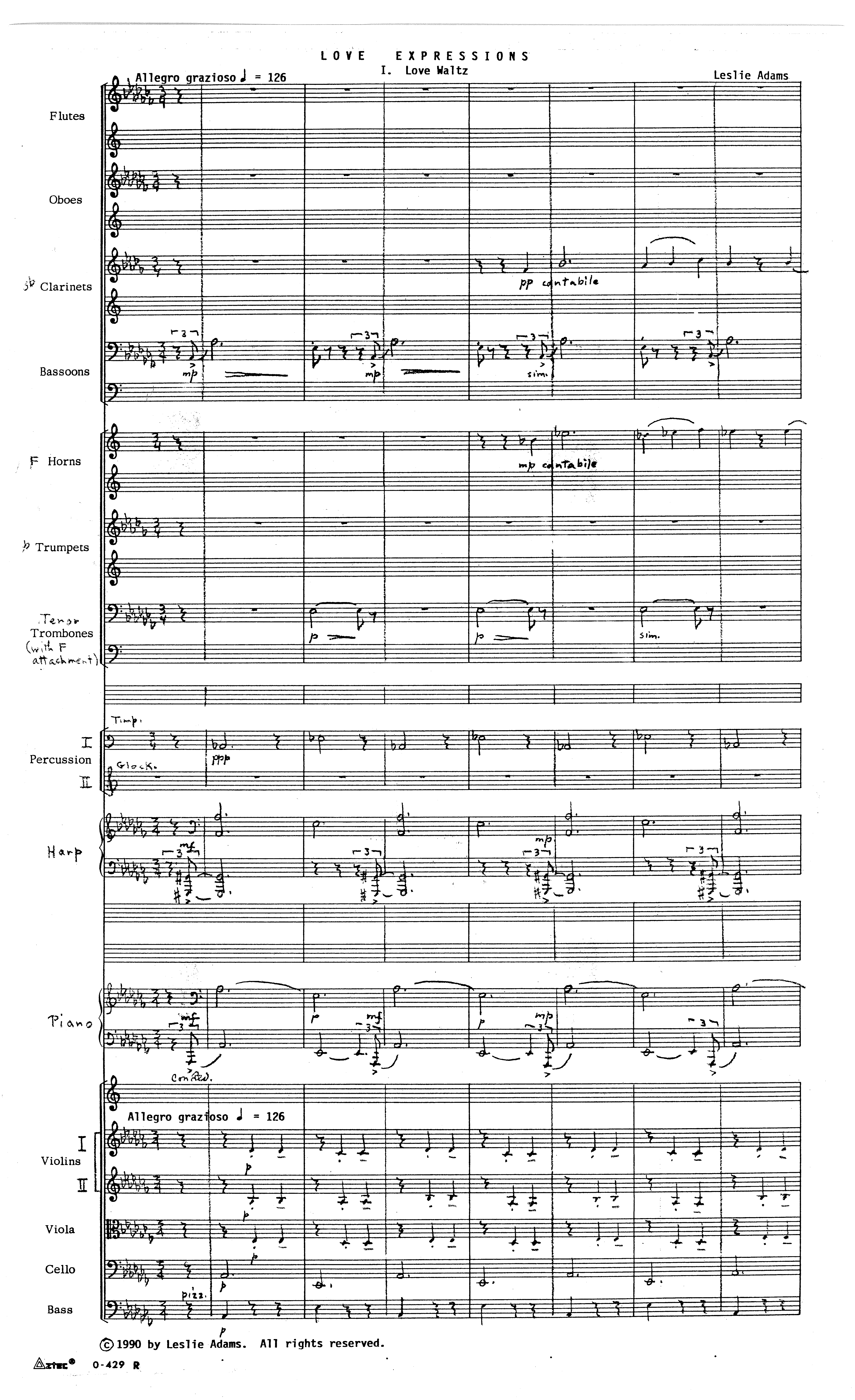 Love Expressions was commissioned by the Cleveland Chamber Symphony in 1990 and composed and orchestrated during the summer and early fall of that year in Cleveland, Ohio. The work is scored for flute, alternating with piccolo; oboe; b flat clarinet, alternating with e flat alto saxophone; bassoon; f horn; b flat trumpet; tenor trombone; percussion; harp; piano; and strings.

The ten-minute work is in two parts, with each part being five-minutes in duration. The first part, subtitled Love Watlz, is marked Allegro grazioso, and has broad ABCBA structure in 3/4 meter, utilizing a sustained melodic theme underscored by a lilting waltz rhythm in the A and B sections, and a more marked rhythmic theme in the contrasting C section.

The second part, subtitled Love Ballad, has a tempo marking, Largo cantabile, and is in a broad three-part form with coda. Soft strings accompanying a lyrical saxophone solo begin the A section, after which the melody is heard in the first violins. The B section has a blues-like theme, underscored by light percussion, which grows in intensity before subsiding back to the A theme, now sounded by the French horn. A codetta based on the A material ends the movement on a sustained note.