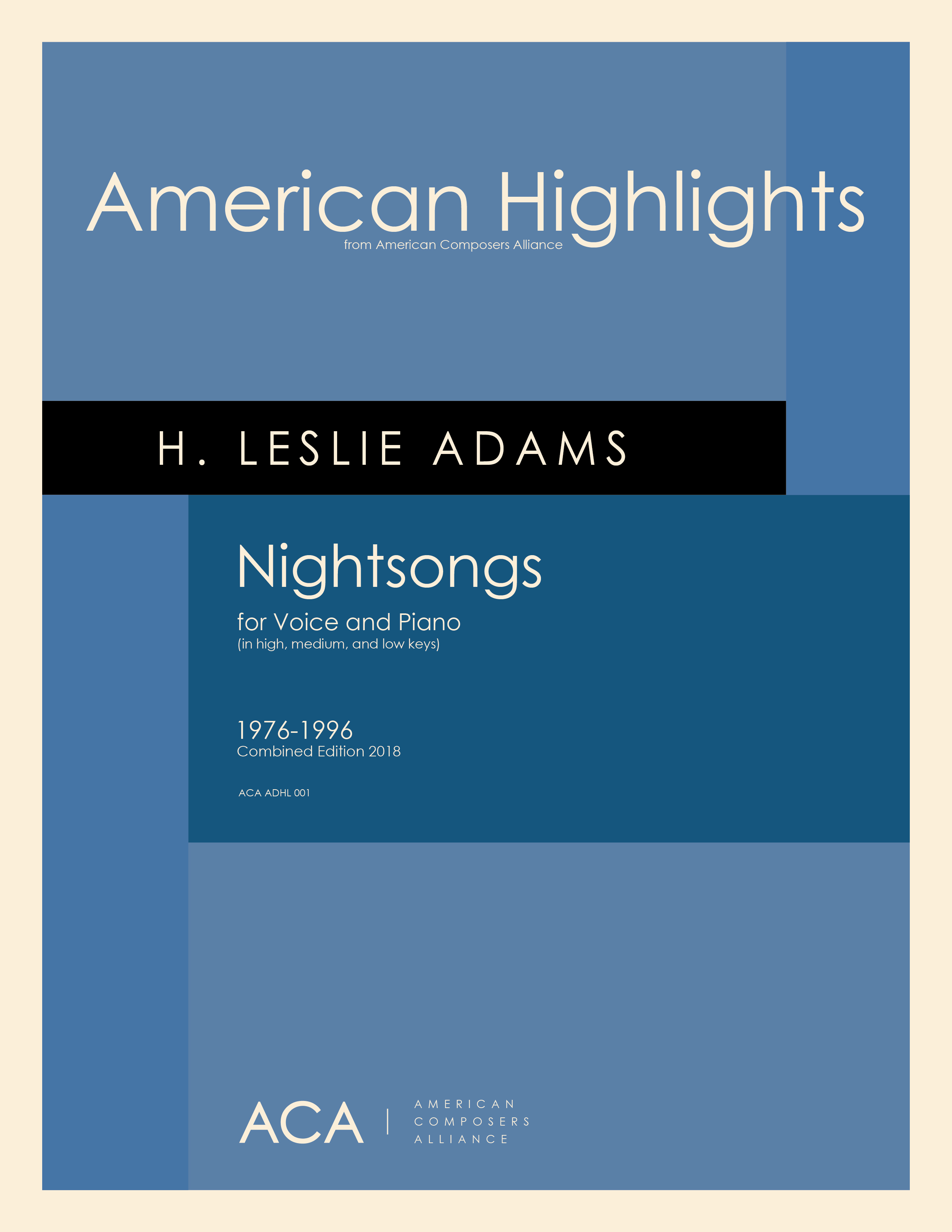 H. Leslie Adams is one of the most gifted and lyrical composers of our time. This is evident not only in his art songs, arias from the opera Blake, and his choral writing, but in the instrumental works as well. His music speaks to performing artists from many different backgrounds and styles.

When asked what he looks for in poetry being considered for a musical setting, the composer states that he is drawn to the feel and contours of a text.  Though he draws from the works of African-American writers for Nightsongs, he sees the selected poems as expressing universal concepts not defined by race.

He employs an instinctive approach and sensitivity to  word setting.  The piano plays various roles, sometimes revealing by arpeggios or other idiomatic figurations the harmony implicit in the vocal line, and sometimes responding to the melody, or providing an echo.

At other times, it assumes melodic responsibility, or retains a thought while the voice moves on to a new idea. It is given handfuls of lush harmonies — tonal and luxuriantly colored triads. The cadences are often unexpected fresh delights, casting speculation on the modality that has led up to them. The rhythm grows immediately from the texts. Thus the works establish an organic unity and mood, immediately defining the emotional frame.

Artist-Scholar Darryl Taylor dedicated his early performing years to the vocal compositions of Black composers, which resulted in a repertoire of discovered music of the past and present, to which he has given a vibrant living voice with performances rich in commitment and artistic integrity.  The songs of H. Leslie Adams found an interpretation in the performances and recordings of Mr. Taylor that touched many artists and reached all parts of the world. The songs continue to be performed and interpreted by both young and established singers.

Vocal Ranges and Keys for Nightsongs (2 added versions in 2018 edition):