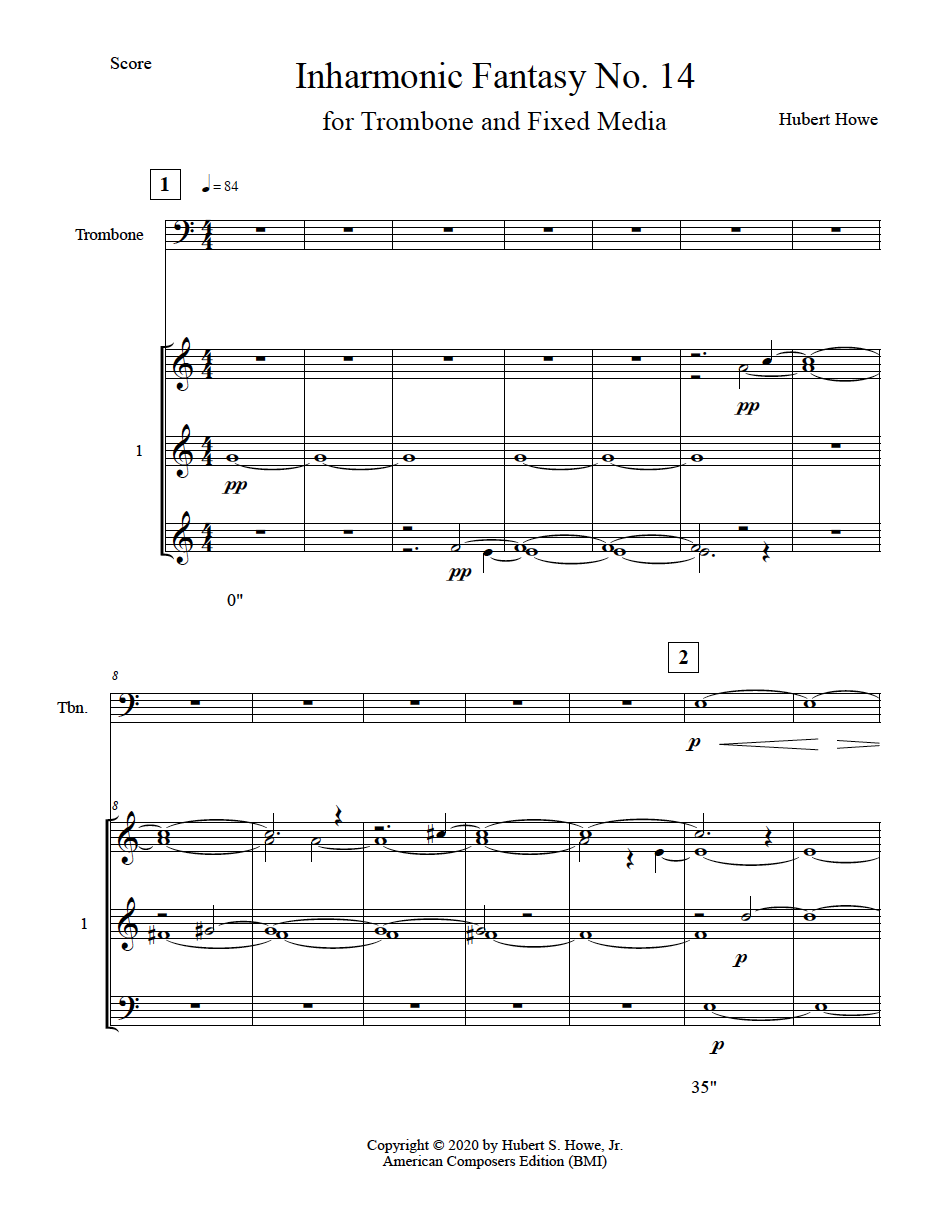 In recent works, I have explored different ways of structuring inharmonic partials of a sound.  This work represents a new approach, namely that of using an irrational number.  It is based on using frequency shifting by the square root of 7, or 2.6457513, which represents about an octave and nearly a fourth.  Because this represents an expansion of the harmonic series rather than a contraction, it turns out that there is only about a four-octave span of usable frequencies before the harmonics get too high for humans to hear or so low that they don't work.  Fortunately, this range lies just comfortably within the range of the trombone, which is why I chose it for this work. The piece presents a continually changing backdrop of sound components fading in or out, against which the trombone represents a fixed element.  In the middle part of the piece, the trombone contributes to the little points of sound that drop in and out, and I take advantage of the instrument's ability to create glissando and its characteristic slurs.  The score shows only the "fundamental" tones above which the frequency-shifted components fade in and out;  it does not show those components.  The work was written in the Spring of 2020 during the coronavirus pandemic, and the fixed media part was generated by Csound.