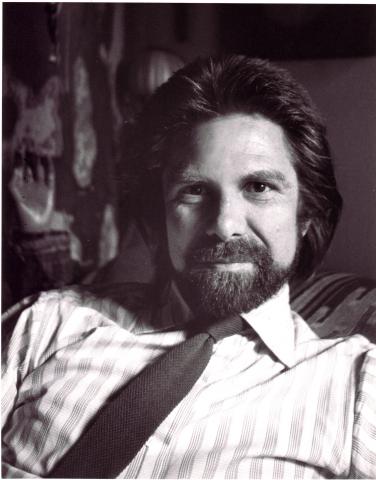 Jack Briece (1945-1988) was a composer, organist and pianist, video artist, educator, and author, whose creative output was original and inventive. Born in Oklahoma City, January 28, 1945, Briece attended Kansas State College of Pittsburg in Pittsburg, Kansas where he earned his Bachelor of Music in Organ Performance in 1967, and his Master of Music in Composition and Theory in 1970. He also studied at Fontainbleau with Nadia Boulanger in the summer of 1966, and at the New England Conservatory in the Master of Music program in composition during the 1966-67 academic year.

Jack Briece designed the music program for the Escuela Americana in Tegucigalpa, Honduras, where he taught from 1967-69. In 1970-71 he was organist and music theory instructor at Prairie View Agricultural and Mechanical College in Texas. In 1973 he co-founded the MusicMusic Corporation with the mission of promoting new music composition and performance. The organization developed an international music exchange program with Mexico, Brazil, and England, in which Briece was active. In 1973-74 he began experimenting with the newly developing videotape medium. Throughout the seventies he produced several concerts and concert series such as Les Salons Vides and Nanny Goat Hill.

His own instrumental music has also been performed in Central America, Europe, and the United States and at the Rothko Chapel in Houston, Texas (1973), the Biblioteca Benjamin Franklin in Mexico City (1977), and the Santa Fe Festival of the Arts (1983). His music has been published in Soundings and Ear magazines. He was also a member of the American Composers Alliance, a non-profit organization dedicated to American classical music, and publisher of American composers. With a foundation in the classical music tradition he also embraced modern 20th century innovations and championed John Cage among others. While some of his works take a more conventional approach, the influence of Cage is evidenced in others; moreover, he recorded Cage’s 62 Mesostics Re Merce Cunningham for 1750 Arch Records.

Also of great importance to Briece’s life and works was his ongoing study of astrology, planetary movements, and the I-Ching. These would come to inform every aspect of his life and inspire much of his output as an artist. In his own words, “The cosmological, magical and political connotations of musical conceptions are of particular interest and have manifested in my work in various ways.” Briece was eager to stretch the bounds of form as well as experiment with new media and technologies. Having developed a keen interest in the music, arts, and culture of Finland, Briece sought the opportunity to travel, study and work there, and received grants to visit in 1985 and again in 1987. He published articles about his experiences and findings in Musical America and Nordic Sounds.

Serving on the Board of Directors for the Sibelius Society, Ltd., he also published his Letter[s] from Finland in that organization’s newsletter. His grant activities in Finland were divided between music and video concentrations. Concerning the former, Briece was collecting information about music in Finland and focused on getting to know Finnish composers and their music. Concerning the latter, he was presenting information and working to raise public consciousness about video art and encourage its official recognition. Briece arranged opportunities to exhibit the work of American artists in both music and video, including: Charles Amirkhanian, Beth Anderson, Eugenia Balcells, Chris Berg, Chris Brown, Robert Campbell, Larry Cuba, Peter Garland, Tony Gnazzo, Ron Gregory, Phil Harmonic, Jerry Hunt, Neil Rolnick, Bob Sheff, Steina & Woody Vasulka, Joseph Weber, and Reynold Weidenaar, among others.

In a letter to his parents in 1972, Briece describes the goal of an artists’ placement program “to give concerts, lectures and … rouse the general cultural climate.” These words, in short, also exemplify Briece’s own interests and indeed his successes. In 1988 Briece was commissioned by the Santa Fe Community Orchestra to compose a piece for winds, brass, and percussion, for a concert to be held the following year. The opportunity seemed to commemorate his steadfast efforts and he was very excited to produce the work, however he never got to see it to fruition. Jack Briece died of AIDS in Aptos, California at the age of 43 on March 26, 1988. See also: http://www.artistswithaids.org/artforms/music/catalogue/briece.html photo by Alex Maté