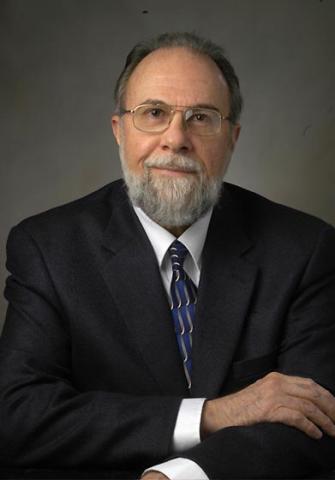 Jere Hutcheson achieves a symphonic sound in his band scores – a sound more akin to that of the orchestra than the band. When asked how he manages this, he responded: “My training was in piano. I never played in an orchestra or band. I come to my scoring through my fingers on the keyboard. My inner ear helps me imagine and choose the sounds I like.” He has returned to the band medium often, producing in the 1970’s Sensations for Symphonic Band and Audience, Passacaglia; Colossus, Cyclic Variations; Earth Gods Symphony, Chromophonic Images; in the 1980’s Concerto for Piano and Wind Orchestra and Five French Portraits; in the 1990’s Caricatures, and More Caricatures; and in the 2000’s Caricatures III, Concerto for Solo Percussion and Winds, A Spartan’s Dream, Divertimento for Solo Flute, Winds and Percussion, Gradus ad Parnassum – Caricatures IV, Concerto for Saxophone and Wind Symphony, Desert Flower, Reflections – Caricatures V, Sunrise, Sunset, GAMES, Concerto for Clarinet and Wind Symphony,and EARTH SONG, Concerto for Oboe and Wind Symphony.

Jere Hutcheson has received composition fellowships from the Guggenheim Foundation, the Berkshire Music Center at Tanglewood, and the Vermont Composers Conference.  He was accorded grants from the National Endowment for the Arts, the Michigan Council for the Arts, and the Martha Baird Rockefeller Fund for Music.  He has received numerous awards and commissions throughout his career. In 1976, the National Music Teachers Association honored him with the citation Distinguished Composer of the Year.

Hutcheson’s instrumental compositions are published by C. Alan Publications, G. Schirmer, Subito Music, American Composers Edition, and Dorn Publications. His choral works are published through Walton and Subito Music. The Jere Hutcheson Archive in the Library at Michigan State University holds Hutcheson’s complete compositional output (scores and recordings), as well as many early drafts, notes on compositional processes, correspondence, etc. Hutcheson was a member of ASCAP (American Society for Composers, Authors, and Publishers) from 1969 until 1980. In 1980, he moved his membership to BMI (Broadcast Music Incorporated). Lists of his works can be found on the web pages of these two organizations.