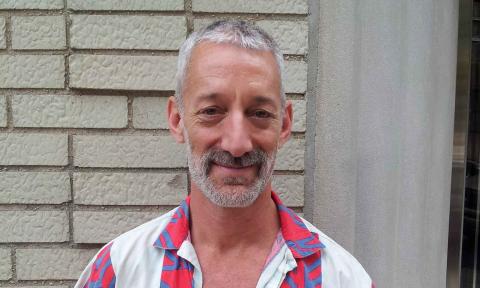 James Berenholtz (b. 1957) is a multifaceted artist who has been training with native cultures in the ancient wisdom of the Earth for over twenty years. As co-founder of the musical duo XOCHIMOKI, he is a leader in the revitalization of Pre-Columbian musical traditions, particularly those of Mesoamerica. His performances have led him throughout the world, from peace conferences in Egypt and Costa Rica to the Earth Summit in Rio de Janiero, Brazil. When at home he tours as an artist in the schools through the Los Angeles Music Center.

Jim is the composer of BUFFALO NATION, a full-length opera about the Ghost Dance and Wounded Knee, as well as numerous other works for musical theatre that combine indigenous and classical idioms. He has created scores for many ballets and films, including the science fiction feature LORDS OF THE DEEP. His musically eclectic audio recordings are known for their evocative mystical qualities. As a vocalist, instrumentalist and dancer, he has taught and performed at the Los Angeles Theatre Center and La Mama E.T.C. in New York City.

Jim is widely known for his important work as a ceremonial artist, helping to create multicultural ritual gatherings of indigenous peoples from Machu Pichu to Malibu. In 1987 he was the International Coordinator for the Sacred Sites Festival associated with Harmonic Convergence. As a teacher of ceremonial arts, he has appeared at the Findhorn Foundation (Scotland), Fondacion de Soliel (Switzerland), the Lama Foundation (New Mexico), and Kalani Honua (Hawaii).

Jim's first book, JOURNEY TO THE FOUR DIRECTIONS, was published by Bear & Company in 1993. The casein on paper mandala paintings included in its pages are indicative of Jim's vibrant style as a visionary artist. His paintings have been exhibited in galleries throughout New Mexico, where he lived for most of the 1980's. Presently he lives in Berkeley with his nine foot Burmese python, Tlahuizkalpantekuhtli.