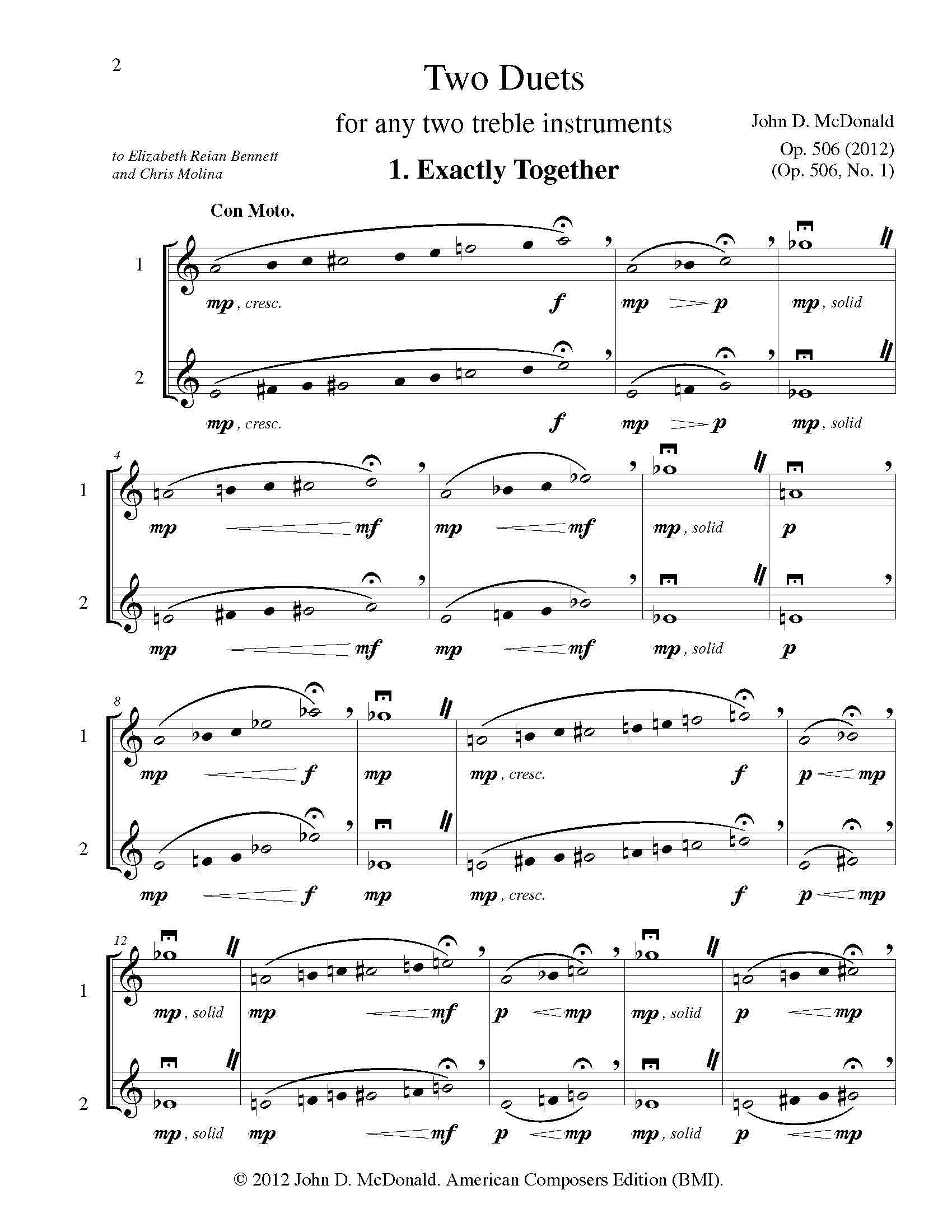 First made for two shakuhachi players in 2012 (Elizabeth Reian Bennett and Chris Molina), these Two Duets invite interpretations from duet configurations using any two treble instruments. Like instruments MAY be slightly preferable, but the composer invites any and all possible treble possibilities--strings, winds, keyboards, percussion, and mixtures. Multiple players on the two parts, as long as they represent an attempt at equal balances between the parts, are also permissible and encouraged. These multiples can also explore a variety of doubling instruments (not just like ones). Please play both parts in the written registers.

Exactly Together experiments with a strictly limited ritual involving parallel fourths and minor tenths almost exclusively. Toward the end, the fourths are inverted to yield two phrases in parallel fifths. One instance of a minor third and one major second occur in the final two bars. Wandering Separately attempts a maximum contrast to the first duet, requesting the two parts not to coordinate. When played by two instruments only, it is good to concentrate on phrase-shapes in the faster first part. However, with multiple instruments on both parts, musicians can feel free to play the lines individually without trying to synchronize with anyone else playing either part until the final section marked “Coordinated (Exactly Together Now)”.