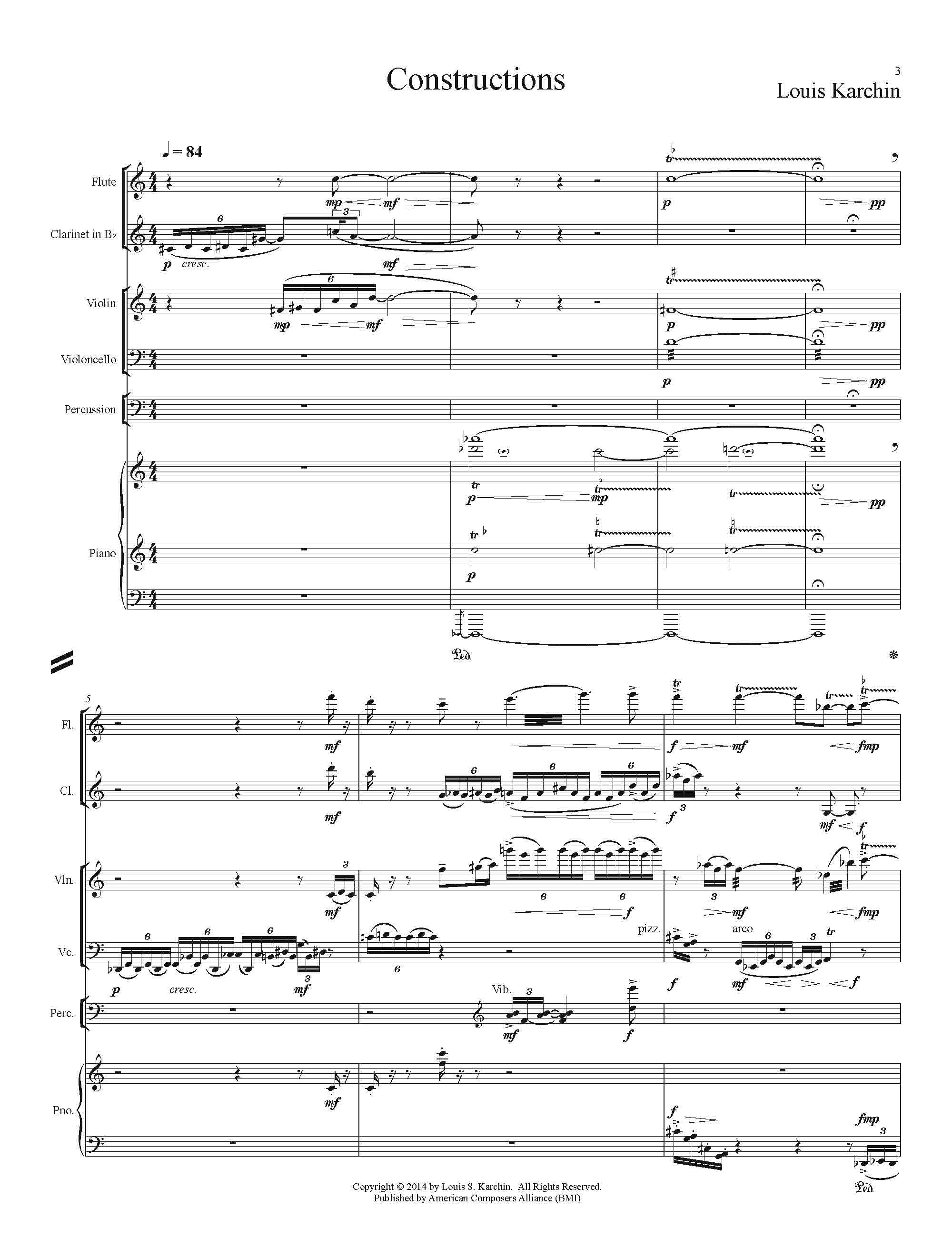 Constructions is the second movement of the vocal-instrumental cycle, Ancient Scenes, and like some other movements of this work, may be performed as a stand-alone entity. There is a programmatic aspect to the larger cycle, and readers may refer to the Ancient Scenes page for further context. The movement itself often projects figures that scurry and build to climaxes, then alternately recede in favor of longer lines; there is a calm middle section, and then a return to the restless quality of the opening.