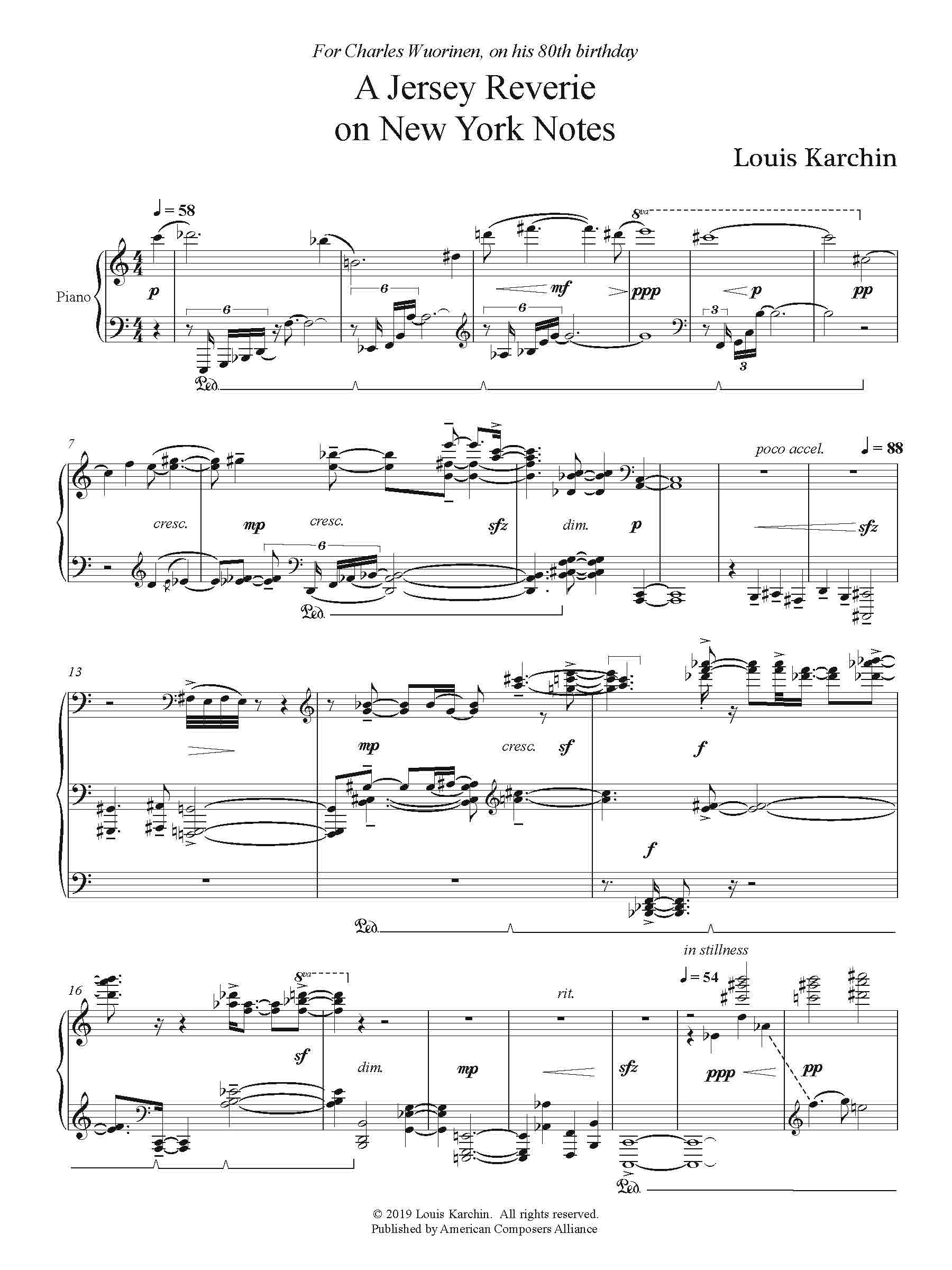 For the celebrated composer Charles Wuorinen’s 80th birthday, composer colleagues and friends were invited to write brief salutes, and these were premiered at the Eastman School of Music as part of a Wuorinen Festival and Symposium. They were subsequently published in a volume of Perspectives of New Music devoted to essays, music, and analyses honoring the composer’s lifetime achievement. I had always admired Charles’ New York Notes, and I used a small fragment of the opening theme of its 3rd movement to begin my Reverie (composed at home in New Jersey, as the title implies). Also, in the work’s 11th bar, a low left hand gesture in steady quarter notes alludes to a brief timpani solo, also from the 3rd movement of New York Notes. These two key elements are integral to the Reverie, and the piece later becomes more animated and assertive before settling back into its dreamy world.