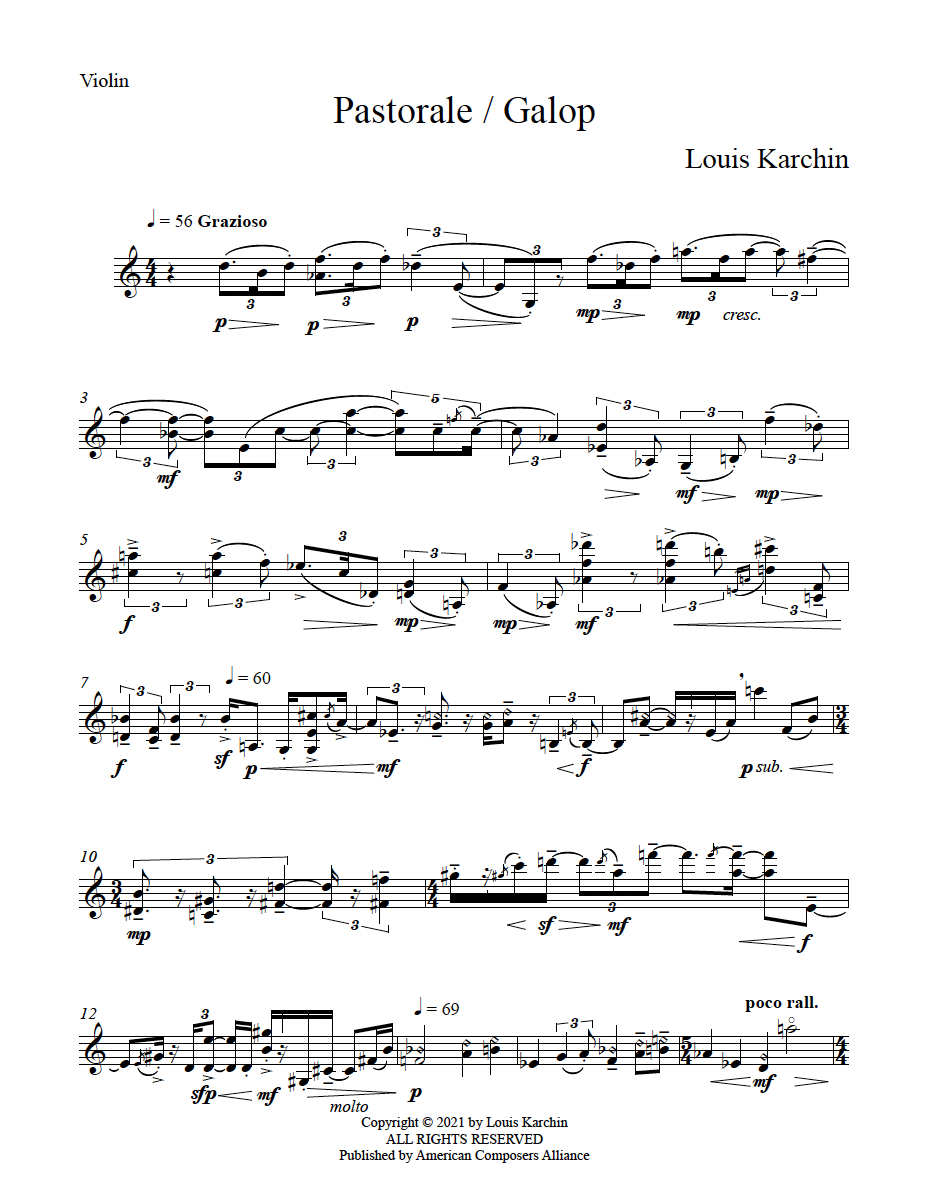 The two traditional musical forms to which the title refers are very different from one another: the Pastorale, a placid piece that evokes a rural setting, and a Galop, a lively dance. The joining of the two served to inspire this brief fantasy, but each form is also extended beyond its characteristic rhythms, developed, and embellished with figuration. The Pastorale is at the work’s beginning and end; the Galop is in the middle. The unifying element between the two is one of similar speed: the Galop, even at its most intense, essentially flows at the same pace as the Pastorale and makes use of a similar rhythmic idea. It’s simply the urgency of the mood that creates the illusion of greater momentum in the Galop.