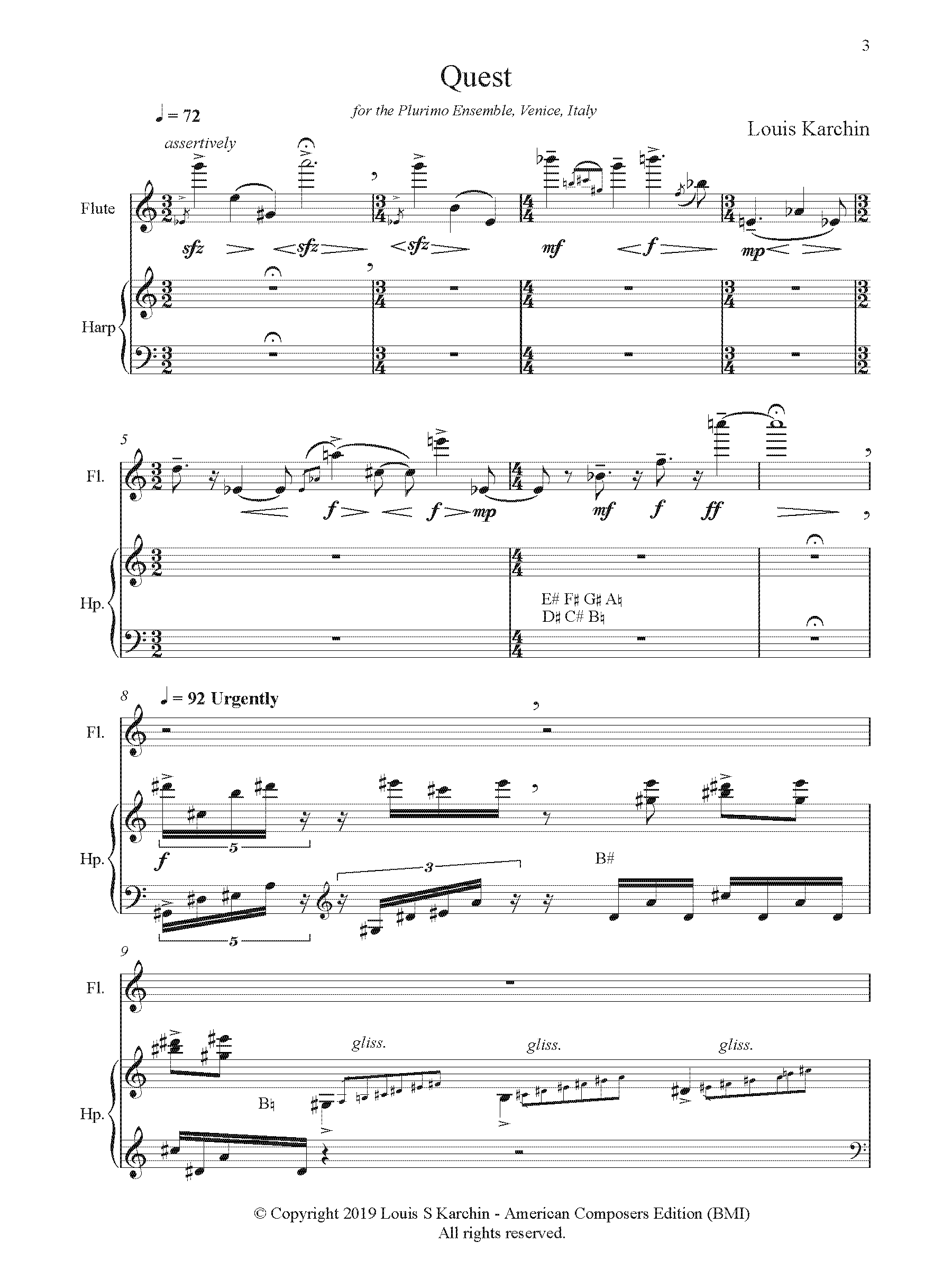 "Quest for flute and harp was originally written for a concert in Venice, for which the theme was “the influence of the 19th century Theosophical movement, Madame Helena Blavatsky, on the Dutch painter Mondrian.” Rather than attempting to find thematic relationships to this subject, Karchin instead pits the flute against the harp as if the former were Madame Blavatsky, and the latter her followers. This results in angularity and even violence, the high register of the flute imperious and the harp offering resistance, until greater unity is reached towards the end of the piece."  Dominy Clements, Music Web International.