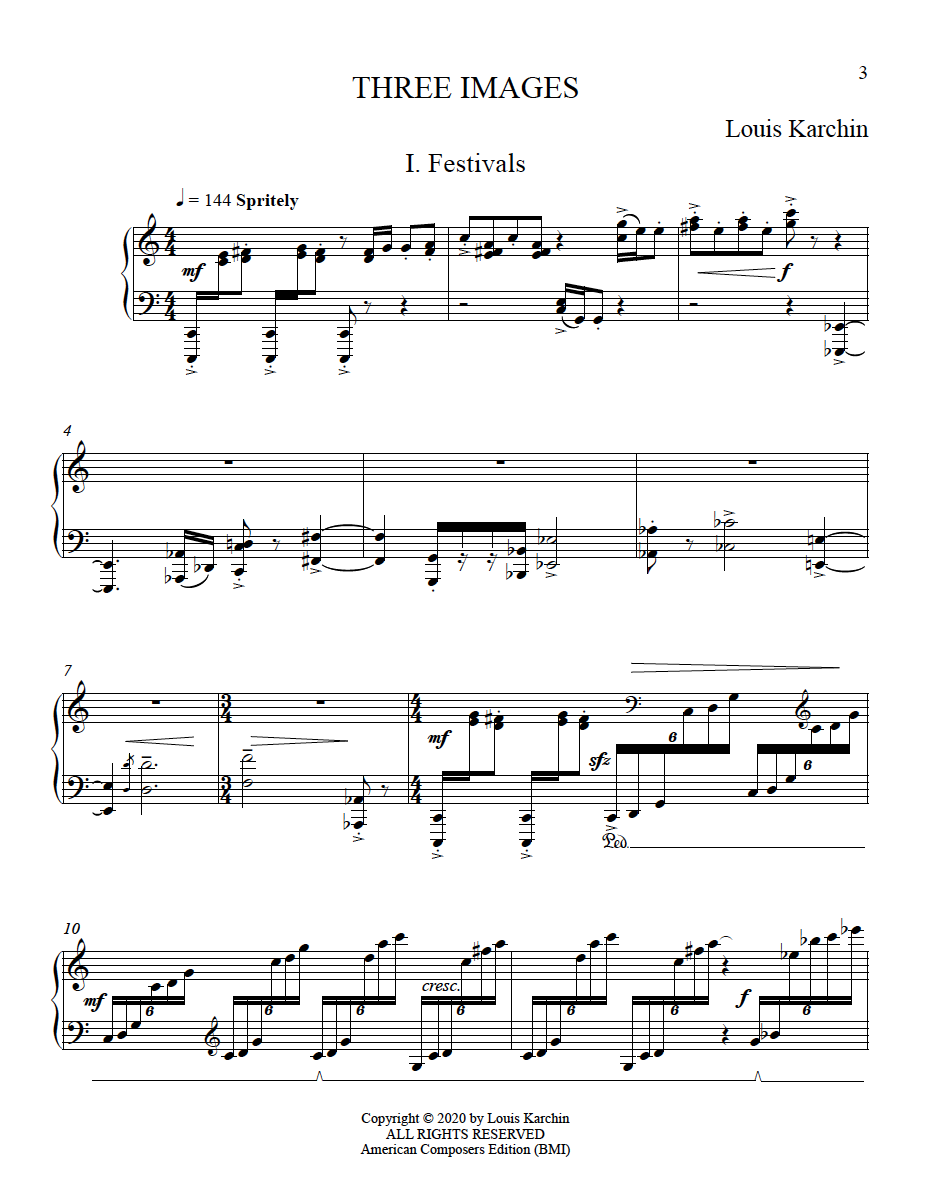 The set of piano pieces, Three Images, was composed in 2020, and signaled my return to writing for solo piano after several years of preoccupation with other genres. The three movement titles, Festivals, Labyrinths, and Carousel, are clues to the inspiration for each, but it was really the last movement, Carousel, that suggested a programmatic basis for the work as a whole. While sketching it, I kept hearing a tune that went “round and round.” The first movement sustains its celebratory nature through two contrasting themes, and energetic passagework is interspersed between them. The slow second movement, Labyrinths, starts out with a searching melody in the right hand, but it’s really its second theme, characterized by roving octaves in the bass, that suggested to me the “wandering through mazes” that the title implies. The circular introductory melody of the third movement lasts 24 quick measures; then it is repeated and elaborated five more times throughout the movement, each repetition expanding and growing farther afield from the opening statement. The movement’s finale harks back to that of the 1st movement, thus creating a rounding effect if the Images are performed as a group.