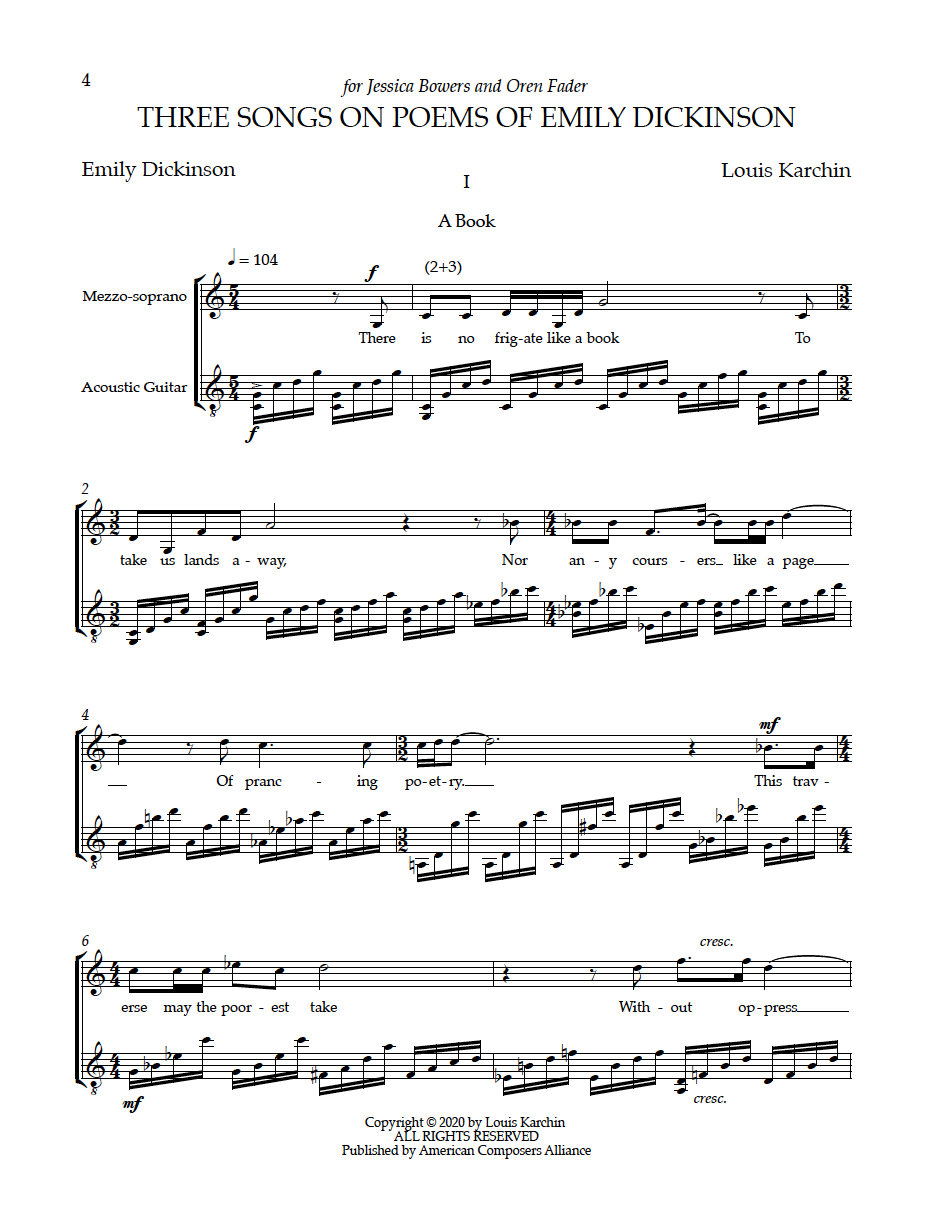 Year Authored (or revised)
Duration (min)
10
Movements
There is no frigate like a book
Heart, not so heavy as mine
All overgrown by cunning moss

The song cycle, Three Songs of Poems of Emily Dickinson was written for mezzo-soprano Jessica Bowers and guitarist Oren Fader in the spring of 2020. The exhilaration of the first poem, A Book, goes by in a flash and leads to a more extended setting of the longer poem, Heart not so heavy as mine. Here, the narrator’s spirits are momentarily lifted by someone casually passing under the narrator’s window whistling a tune; the musical “challenge” was capturing, in a smooth way, the alternating moods of the protagonist. In the last stanza, the narrator hopes that the passer-by will return the next evening; in music, she gets her wish as the guitar adds an upbeat cadenza to the song’s conclusion that also acts as a bridge to the final poem.

For a third setting, I searched through Dickinson’s collected works and was delighted to find the eloquent tribute that Dickinson wrote for the novelist Charlotte Brontë: Charlotte Brontë’s Grave. Not so long before, I had spent four years with Brontë’s epic novel, Jane Eyre, creating an opera based on the story, and it was a thrill to be able to compose a musical homage to accompany this moving poetic one.