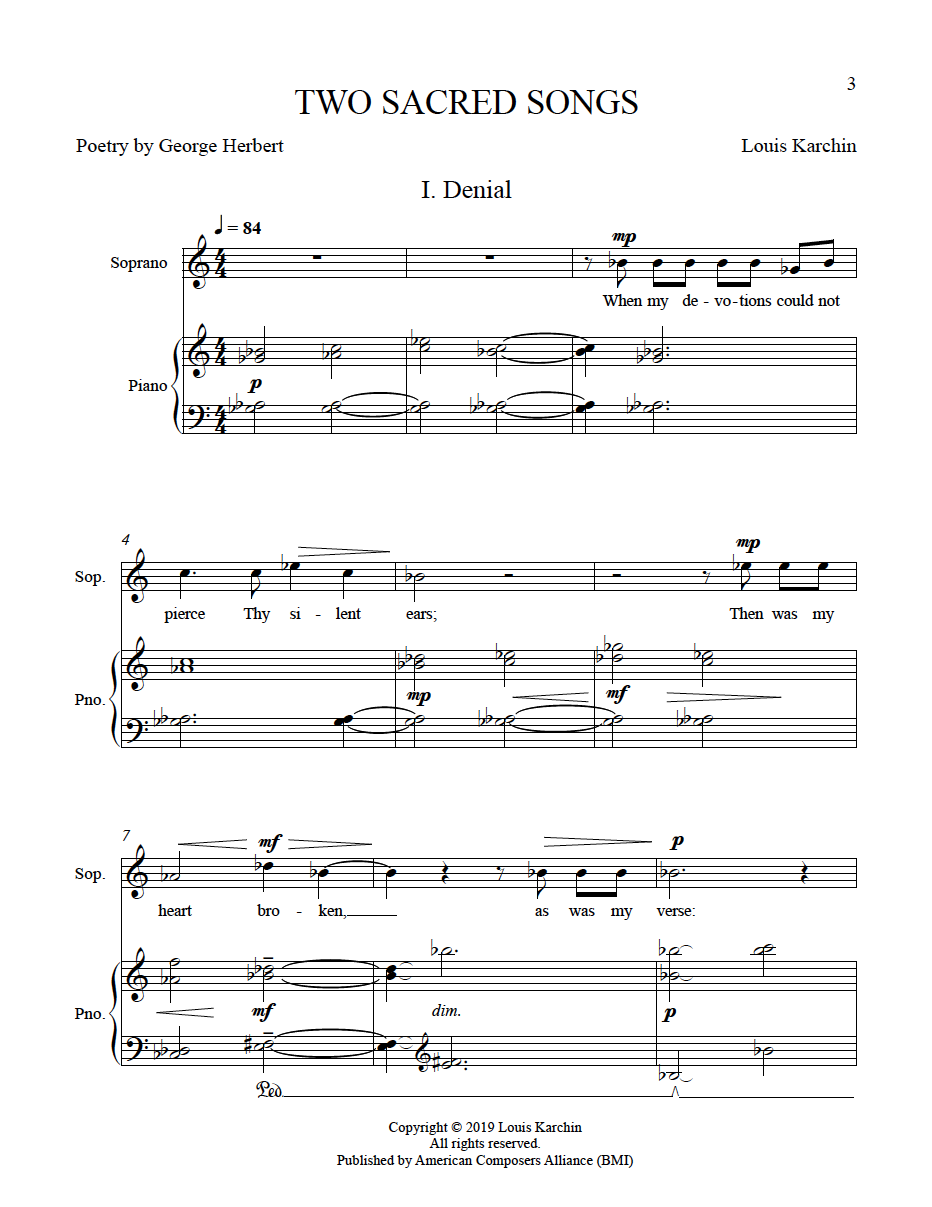 After editing the final work of my distinguished composer colleague Brian Fennelly, his Sacred Songs Book II, I became intrigued by the texts he had used: poems of the 17th century English poet and clergyman, George Herbert. I began looking through Herbert’s poetry for texts I might also set to music, and chose two: Denial, and The Storm. Both poems concern the acceptance of prayer, and the beseeching of forgiveness, but the second song, against a metaphor of a storm, allows for great contrast between the two settings.