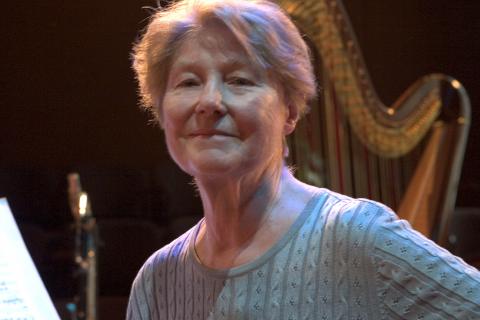 Atlanta-born Margaret Fairlie-Kennedy (1925-2013) was commissioned
by many contemporary dance companies and chamber groups, and worked with
noted choreographers Takehiro Ueyama in New York, Bill Bayles at Bennington
College, and Peggy Lawler at Cornell. Her music extends the usual sonorities of
the instruments and has a strong rhythmic drive at its core.

She composed works for voice, orchestra, and mixed media. She was Composer in Residence for Dance and Theater Arts at Bennington College and Cornell University. Awards and Grants include the NEA and NEH Endowments, the Georgia Commission on the Arts, Meet the Composer grants ,and the Cornell Council for Creative and Performing Arts. She was a winner in the Philadelphia Classical Symphony/Maxfield Parrish and Women Composers' Showcase, New Jersey City University, competitions, with her work Desert Echoes.

Reviewers have commented: "Expressive use of a 12 tone row...eloquence and energy... atmospheric and dreamy" N.Y. Times. "extended the usual sonorities of the instruments... its emotional focus was strong and the expressive range of the instruments spoke well for the composer's gift." Philadelphia Inquirer; "Mr. Ueyama's opening dance was set to urgent and atmospheric music by Margaret Fairlie-Kennedy" N.Y. Times Dance Review. '05.