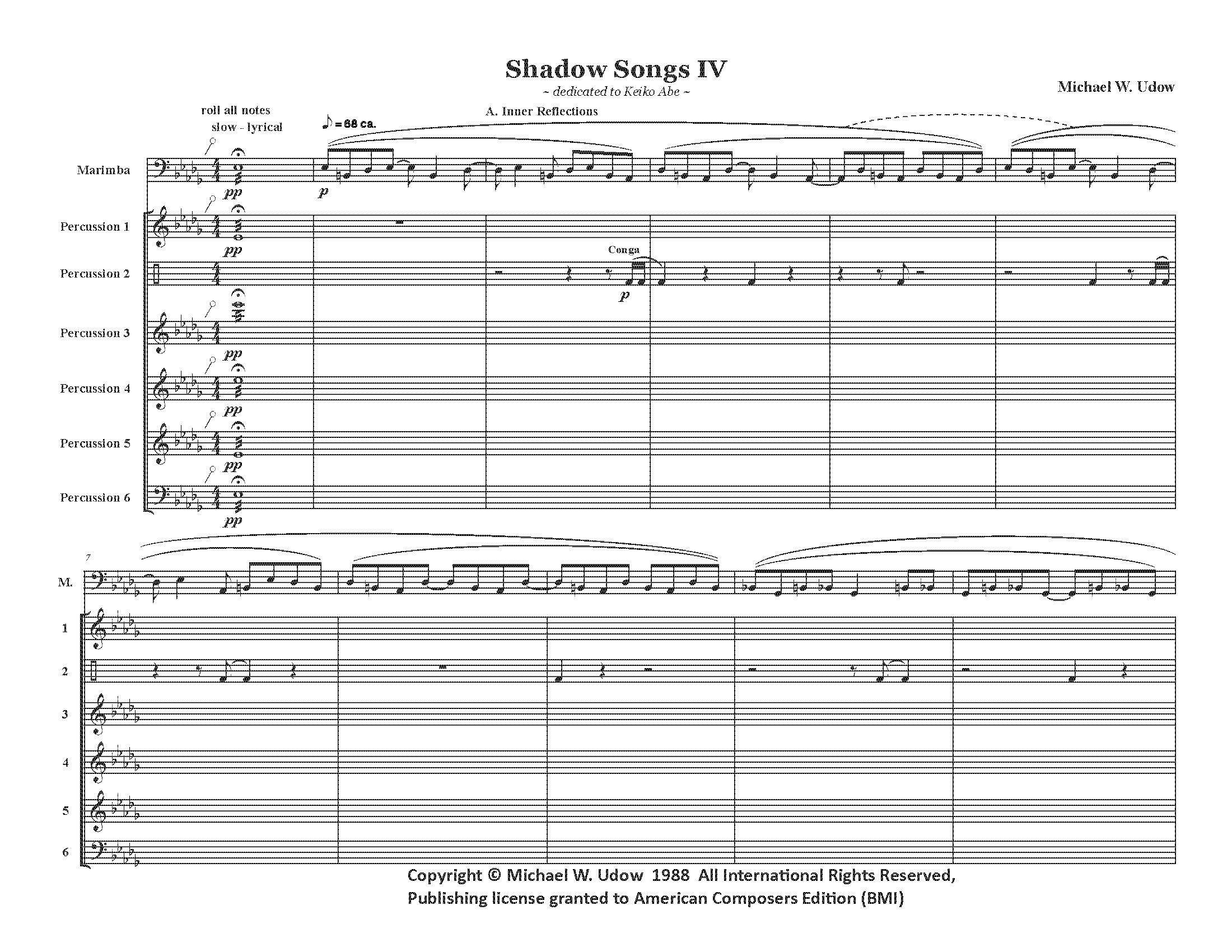 Composer's note: Shadow Songs IV was composed for Ms. Keiko Abe for her 20 Year Anniversary Concert at Tokyo's Ino Hall, June 3, 1988 which was sponsored by Columbia Records and Yamaha Musical Instruments. I performed the part of player 1 and the other performers of the University of Michigan Percussion Ensemble were Fernando Meza, John Frascarelli, Chalmers Haas, Thomas Blanchard, and Gregg Koyle. While in Japan, we also performed the work as a nonet with Shoko Araya and Christopher Hardy and as a quartet. It was my intention that the number of players be variable. It seems logical to me that an ensemble of 3 to 8 performers in addition to the marimba soloist will work fine. Rather than notate changes for each ensemble scoring, I would prefer to leave reduction or augmentation of this septet version to the performers.