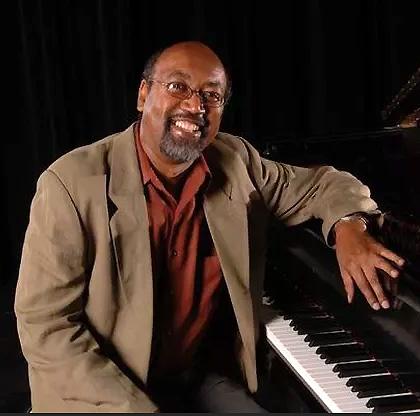 Richard Thompson is currently Associate Professor of Music at San Diego State University, where he teaches theory, jazz performance, and jazz history. He performs in both jazz and classical concerts as a soloist and in many chamber groups, including his own jazz quintet.

Originally from Aberdeen, Scotland, Mr. Thompson made his debut as a pianist at the Purcell Room, Queen Elizabeth Hall in London, in 1984. Mr. Thompson’s orchestral appearances include concerts with the Orchestra Nova, San Diego, San Diego State University Symphony Orchestra, the Boston Orchestra and Chorale; the Glasgow Chamber Orchestra; and the Aberdeen Chamber Orchestra.

In 1999 Mr. Thompson was awarded the first Individual Artist Award for classical music composition from the Brooklyn Arts Council. His piece, Legend of the Moors—a musical depiction of the presence and influence of the Moors in Spain during the Middle Ages—was premiered at the Brooklyn Conservatory.

Richard Thompson’s recordings include the March 2006 release Poetry Prelude, a CD of original compositions on the Visionary Records label, distributed by Albany Records. Poetry Prelude includes his two song cycles: settings of the poetry of Langston Hughes (Dream Variations) and Paul Laurence Dunbar (The Shadow of Dawn); Six Preludes for Piano Solo; and a jazz quartet arrangement of the spiritual Wade in the Water. In 2006 Arabesque Records released Swing Low, Sweet Chariot, a collection of Mr. Thompson’s arrangements of well-known spirituals recorded with his New York based jazz group Mirage.

In 2011 Orchestra Nova, San Diego commissioned Mr. Thompson to write a concerto grosso for jazz quartet and string orchestra. The final movement of the piece was premiered (along with orchestral arrangements of two spirituals, Wade in the Water and Sometimes I Feel Like a Motherless Child) in San Diego in 2011.

Mr. Thompson’s chamber opera, The Mask in the Mirror—a dramatization of the courtship and marriage of poet Paul Laurence Dunbar to Alice Ruth Moore—was premiered in 2012 by Trilogy Opera, based in Newark New Jersey, under the artistic directorship of Kevin Maynor.

Mr. Thompson has been working on Five Aspects of Othello, to be premiered soon by Trilogy Opera.