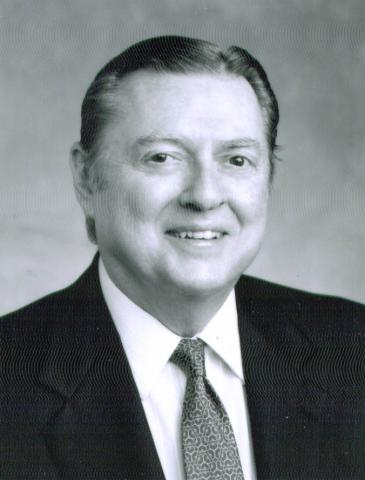 Russell Woollen (b. 1923 - d. 1994) was a highly respected composer who chose not to follow current trends. Often combining the music of the Middle Ages with his own distinctly modern sensibilities, he formed a catalogue of over 100 works both secular and sacred which earned him critical praise and recognition.

The staff keyboard artist with the National Symphony Orchestra for almost a quarter of a century, Woollen had an active career as performer playing organ, piano, harpsichord and celeste. His teaching career spanned nearly fifty years, most notably at Catholic University where he helped found the Music Department in 1950.

Born in Connecticut, Russell Woollen received his M.A. in music from Harvard University where he studied with Walter Piston. Private composition studies included work with Nicholas Nabokov at the Peabody Conservatory and with Nadia Boulanger in Paris. His study of Gregorian chant and organ took him to the Pius X School of Liturgical Music in New York and the Abbey of Solesmes in France. During the summers of 1943-47, he resided with the Trapp Family Singers as performer and private tutor to the children. In 1947, Russell Woollen was ordained a Roman Catholic priest; in 1949, he assumed responsibility for all liturgical music at Catholic University where in the same year he received a master's degree in Romance languages.

Leaving the priesthood and Catholic University in 1962, Woollen taught privately in the Washington, D.C. area, where he had made his home since 1946, and eventually joined the faculty of Howard University. For many years he concentrated on religious music composing masses, motets and organ pieces, but he actually explored all secular forms as well. His output includes two symphonies, two operas, fifteen masses, numerous chamber, choral, vocal and solo works.

Woollen received commissions from such organizations as the National Endowment for the Arts, National Symphony Orchestra, Coolidge Foundation in The Library of Congress, NBC-TV, Oratorio Society of Washington, and Gallaudet University among others. Major performances include his cantata "In Martyrum Memoriam" in memory of Martin Luther King and John and Robert Kennedy performed by the Chicago Symphony Orchestra and Chorus and broadcast 500 times throughout the U.S. The National Symphony Orchestra performed several of Woollen's orchestral works, premiering his "Toccata for Orchestra" and "Symphony No.2." His one-act opera "The Decorator" was produced at Catholic University and televised nationally on NBC.