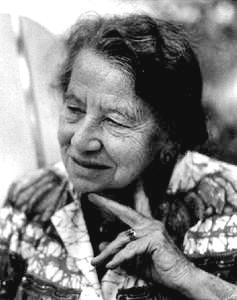 Vally [Valerie] Weigl [née Pick] (1894–1982), Viennese musician, who studied piano (Richard Robert), composition (Karl Weigl), and musicology (Guido Adler, at Vienna University), after which she worked as Robert’s assistant, and with Karl Weigl at the Musikwissenschaftliches Institut of the University. She married Karl in 1921, and emigrated with him to New York in 1938, where she worked as a teacher and composer, and, after taking a masters degree at Columbia University, as a music therapist, becoming chief music therapist at New York Medical College, and authoring many journal articles in the field. Comprehensive works list at Karl Weigl Foundation.