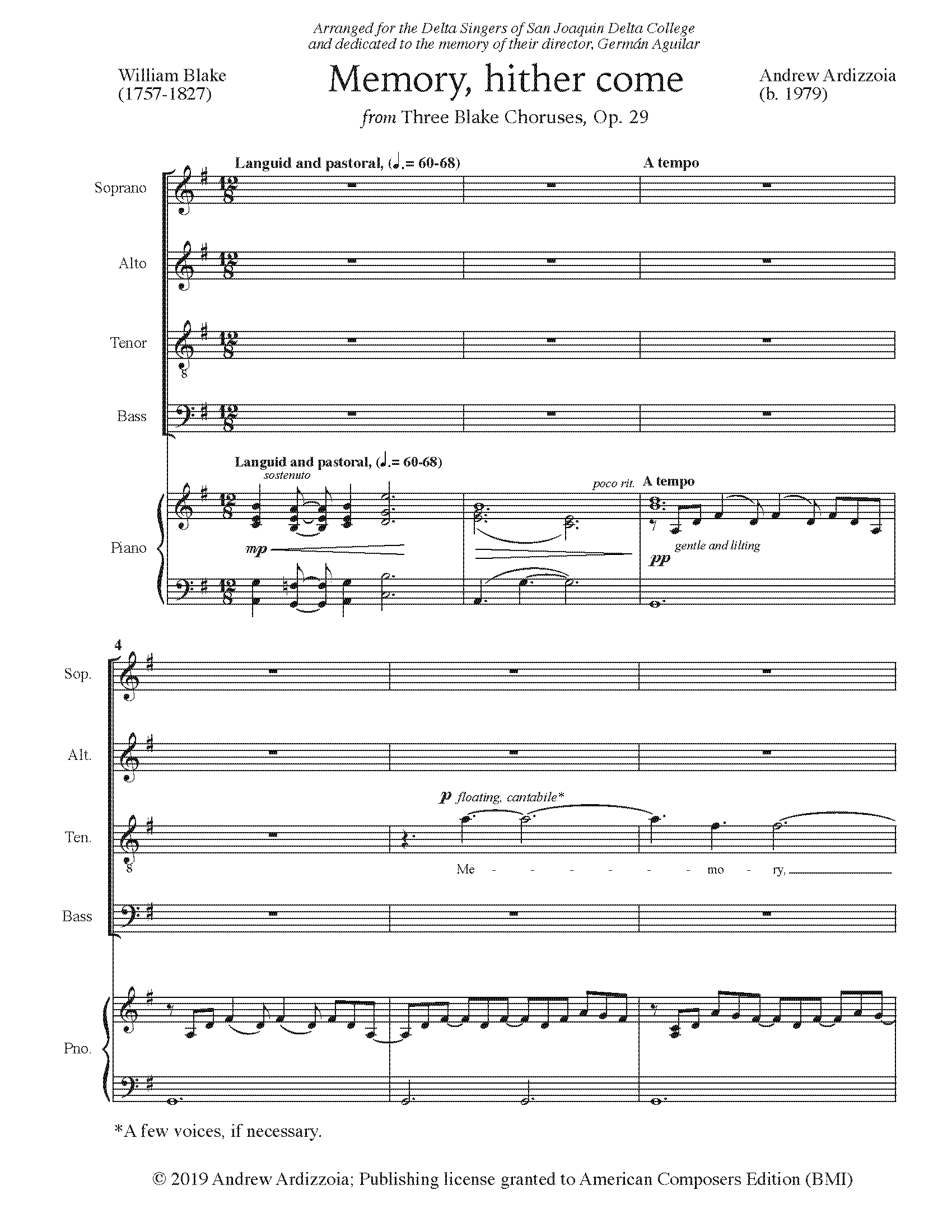 Memory, hither come was originally one of three pieces I composed for Germán Aguilar and the NAU Men’s Chorus in 2009. After Germán became the director of choirs at San Joaquin Delta College in California, he asked me to make an SATB arrangement of this movement of the Three Blake Choruses. He directed the premiere of this new version with the Delta Singers in Stockton, in the spring of 2012. The text is a languid, pastoral poem by William Blake.