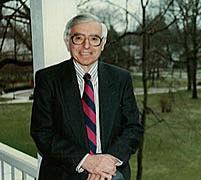 Dr. Elliot Borishansky (1930-2001) was professor of music at Denison University (Ohio/USA), and the recipient of numerous awards, including Mac Dowell Colony residencies, two Fulbrights, the George Gershwin Memorial Award, and Ford Foundation grants. He was awarded a fellowship in music composition by the Ohio Arts Council. His music has been performed by a variety of organizations, including the Jupiter Symphony and the New York Philharmonic under Leonard Bernstein.