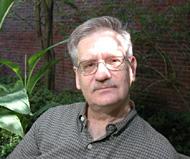 RICHARD BROOKS (b. 1942) is a native of upstate New York and holds a B.S. degree in Music Education from the Crane School of Music, Potsdam College, an M.A. in Composition from Binghamton University and a Ph. D. in Composition from New York University.  From 1975-2004 he was on the music faculty of Nassau Community College where he was Professor and Department Chair for 22 years.

From 1977 to 1982 he was Chairman of the Executive Committee of the American Society of University Composers (now the Society of Composers, Inc.) on which he continues to serve as the Producer of the SCI Compact Disk Series.  In 1981 he was elected to the Board of Governors of the American Composers Alliance.  After serving two terms as Secretary and three terms as Vice-President he was elected President in the Fall of 1993 and served until 2002; he then served as the Chair of the Board of Governors until 2011.  Brooks also served as a member of the Junior/Community College Commission on Accreditation of the National Association of Schools of Music for ten years.  He was Executive Director of the New York Composers Circle 2010-2012.

He has received a major grant from the SUNY Research Foundation (for composition), a Composer Fellowship from the National Endowment for the Arts, an American Music Center grant and several Meet the Composer awards. In 1994 he received a commission for Quintet for Oboe (Sax) and Strings from the New York State Music Teachers National Association; premiere performance took place at the NYSMTA Conference in Ithaca, NY in October 1994. Landscape...with Grace, commissioned for the twentieth anniversary season of the Kent Philharmonia Orchestra in Grand Rapids, Michigan was premiered on April 21, 1996. He has also received commissions from Elaine Comparone and Harpsichord Unlimited, the Lark Ascending and several individual performers.  A second commission from the Kent Philharmonia Orchestra resulted in Concerto for Trumpet/Flugelhorn and Orchestra which was premiered in May 2006.  In 2006 he was appointed Composer-in-Residence with the Lark Ascending and was elected New Music Champion by New Music Connoisseur magazine.

He has composed over one hundred works in all media.  His opera for young audiences, Rapunzel, was commissioned by the Tri-Cities Opera (Binghamton) in 1971 and has been mounted also by the Opera Theatre of Northern Virginia, Wolf Trap Farm Park and the Denver Symphony/Central City Singers and. most recently, by the Cincinnati Opera which gave it 65 performances.  A full length opera, Moby Dick, was completed in 1987.  A second full length opera, Robert and Hal, was completed in 2001. In 1990, the Golden Fleece, Ltd, presented extensive excerpts of Moby Dick.  Robert and Hal was presented in a workshop reading by The Lark Ascending in 2004 and was staged by the Golden Fleece, Ltd. in June 2008.  This production has also been aired on Manhattan Cable Television.