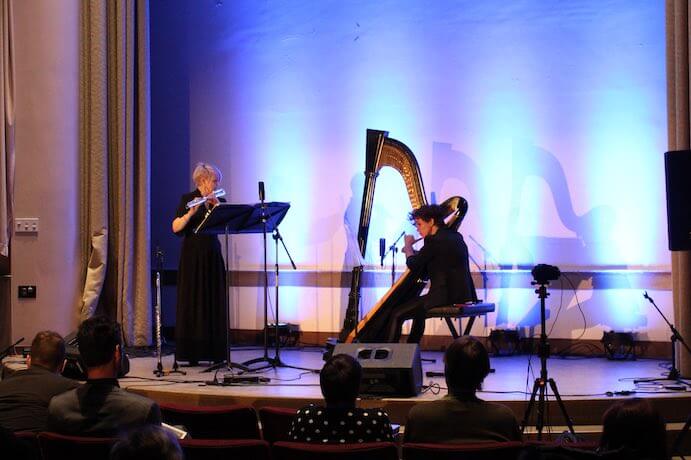 Burr Van Nostrand's Ventilation Manual: A Dusk Ceremonial (1976) duo for flute/alto flute and harp, was performed on Feb. 29 as part of Beyond 2020 Microtonal Music Festival presented by The University of Pittsburgh’s Music on the Edge contemporary music series, now in its 30th anniversary season.

Music on the Edge  is co-directed by Eric Moe and Mathew Rosenblum, presenting several concerts each year featuring visiting artists as well as the Music on the Edge Chamber Orchestra, conducted by Roger Zahab. The series is devoted to the performance of contemporary music.

(photo of Lindsey Goodman and Nuiko Wadden from MOTE)